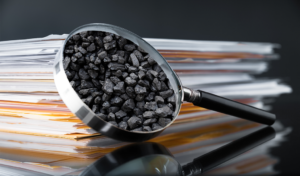 Länsförsäkringar AB (LFAB), a Stockholm-based insurance group, has removed two companies from a watchlist after they reduced the proportion of revenue derived from thermal coal.

The firms, South Korean state-owned energy and chemicals company OCI and Finnish state-owned utility Fortum Oyj, were first placed on notice last year by LFAB, along with 10 others, after being identified as “companies in transition”.

According to LFAB’s climate policy, first announced in October 2019, the group will exclude mining and energy companies generating more than 5% of revenue from thermal coal or the extraction of oil from tar sands. The exclusion threshold was previously set at 20% of revenue.

However, companies generating between 5-20% of revenue from thermal coal power can still be retained within LFAB’s investment universe under three criteria.

According to Kristofer Dreiman, LFAB’s Head of Responsible Investments, both OCI and Fortum had successfully reduced the share of revenue from coal power generation to below 5% of total turnover.

Firstly, if the share of revenue generated from renewables exceeds that of fossil power generation; if the company has committed to an approved Science based target (SBT); or it is aligned with the Transition Pathway Initiative (TPI).

Those meeting the criteria are to be considered examples of “companies that are shifting towards a more sustainable energy mix and a reduction of climate impact in line with the Paris Agreement”. But inclusion in the transition list “does not automatically” indicate investment in the companies.

Other updates include the exclusion of newly listed state-run oil major Saudi Aramco, and the removal of Wal-Mart Stores from a list of companies excluded due to “serious violations of international norms and conventions”.

LFAB’s climate policy is among the most stringent in a raft of recently announced environmental targets by investors such as AXA, Goldman Sachs and Unicredit.

BlackRock, the world’s largest asset manager, said this year that it will divest all equity and bonds from companies deriving more than 25% of revenue from thermal coal production. However, analysis has suggested that at this threshold, large fossil fuel players such as Glencore, BHP and Teck Resources may be able to avoid the BlackRock ban.

LFAB comprises of a network of 23 mutually-owned insurance companies, one in each of Sweden’s counties, which owns and operates a bank and mutual fund company. It brings together total assets of approximately SEK140bn (€14bn).