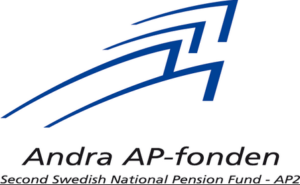 Swedish pension fund AP2 has moved almost one third of its assets to align with an ESG-focused benchmark, and is turning its attention to small-cap equities and corporate bonds, RI has learnt.
The SEK350bn buffer fund has created two new quant-based multi-factor indices as part of efforts to streamline its benchmarks and integrate ESG more intrinsically across its investments.
“We had a lot of traditional, single-factor indices from external providers, and we decided it was getting too much,” explains Tomas Morsing, Head of Quantitative Strategies at AP2. So two years ago, it set about creating just two, in-house multi-factor equities indices – one for emerging markets and one for developing markets.
“We were very, very keen that – along with value, low-volatility and low-correlation – we include ESG in the benchmark indices,” he added.
AP2 spent one year developing the methodology. It assessed 10 ESG data providers, settling on two – it declined to name – which it began to buy raw data from.
“The traditional route of the ESG vendor is to aggregate this data themselves, and create some kind of score or summary. The problem with that, we found, is that the final product contains too much: in truth, some things within ESG don’t have enough credible data around them, and others just aren’t material.
“So we started at the other end. We went all the way to the bottom and worked out which individual factors had a predictive value linked to future performance, and which didn’t.”
Among topics included in the final quant methodology are metrics for climate alignment, water and waste management, gender diversity, human rights violations, involvement in other controversies and accounting practices.The final ESG calculation is given more than twice the weight of any of the three conventional factors included in the new benchmark indices.
“It’s a leap of faith, because there are limitations on ESG data – before 2007, there was very low coverage, and the quality was questionable. But over the period that we do have, it looks very good from a quant perspective.”
The final indices are not sector neutral, so carbon intensive industries like energy, materials and utilities have seen significant changes to investment levels as a result of the new benchmark.
“There are companies that we previously invested in that are now seen as too bad, so they have been given a ‘zero’ weight; and others that have seen dramatically-changed investment levels, but are still present.”
SEK99bn of AP2’s assets are now aligned to the index, but there is a small active component to the way the assets are run, too, so managers can further underweight or overweight the constituents.
The index, provided by MSCI, is rebalanced twice a year, with the next recalculation expected in early summer.
AP2 is now looking at how it can incorporate small caps into the model, as part of a “positive inclusion” process. “So, if a company has a good ESG profile, or generates a lot of revenues from green technologies, for example, then it will be included in the benchmark indices,” Morsing said. “But we haven’t decided what mechanism we could use to do that yet.”
On the fixed-incomes side, AP2 will begin designing a quant strategy for its SEK36bn corporate bond portfolio in the Autumn. “That will definitely be a challenge,” Morsing told RI. “Because creating bond indices is much more complicated than equities.”