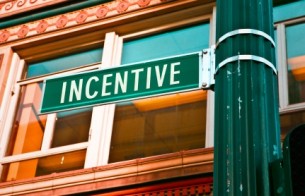 Swedish government buffer pension fund, AP1, has sent out a tough message that it will vote against what it deems to be excessive executive bonuses during the forthcoming company annual general meeting (AGM) season. The SEK181.4bn (€18.7bn) fund has announced it will vote down any bonus schemes that are not subject to a long-term performance evaluation. The fund, one of five big Swedish government schemes, said that in recent years it had asked portfolio companies to make a long-term evaluation of their incentive schemes and present the findings at AGMs. A recent statement concluded that “far too few” companies had responded. The fund said its toughened bonus stance was motivated by long-term ownership considerations: “For us, good long-term returns are as important a success factor as short-term gains. We are therefore committed – as owners of the companies in which we own shares – to discourage short-termism and reduce unwanted risks.” In a firm statement on corporate governance principles, the Swedish fund said it would also voteagainst all cases where the position of CEO and chairman in a company are held by the same person. It also plans to write to the chairs of all nomination committees in such cases in a bid to “increase our impact”. The fund said it would also get more active in the corporate governance debate in the US. A further area where the fund said it would pressure portfolio companies is on addressing sustainability issues and women’s representation on boards. AP1 said just a few companies currently include corporate sustainability issues as part of compensation criteria. It argues that there are grounds for more firms to amend their variable compensation around the issue. The fund said: “We will now go ahead and ask supplementary questions to the board at the AGM. We are particular interested in how the board works on sustainability issues and their expertise in this area.” In 2009, AP1 carried out a pilot project to vote all its shares in foreign companies. Last year AP1 voted at 231 foreign AGMs and at 33 Swedish meetings.