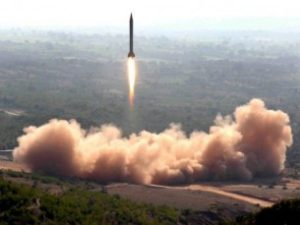 The Norwegian Government Pension Fund Global (NGPFG) has quietly disposed of more than $600m worth of shares in four technology/engineering companies, including a mammoth 1.7% ($470m) stake in London-based BAE Systems, because it says the companies are involved in the manufacture of nuclear weapons for the US, which contravenes the huge sovereign wealth fund’s ethical policy.
The disposal by the fund comes just a week after ABP, the €405bn Dutch pension fund, also committed to exiting a number of un-named companies involved in nuclear weapons production, citing a change in societal expectations: Link to RI story
Following recommendations to divest by NGPFG’s Council of Ethics back in early 2016, Norges Bank Investment Management (NBIM) – the country’s treasury finance body, which manages the NPGFG assets – has sold down the shares in BAE along with holdings in US engineering firm Fluor ($65m: 0.87% stake); US shipbuilding and engineering firm Huntington Ingalls Industries ($62m: 0.93%) and US engineering firm AECOM ($36m).
NBIM seeks to minimise market value disruption by selling its stake before any public announcement.The Council of Ethics also recommended that the fund maintain an investment ban that has been in place since 2005 against Honeywell International, the engineering and aerospace firm, for involvement in nuclear weapons production.
NGPFG’s ethical policy recommends excluding companies from its investment portfolio that produce weapons that it believes violate fundamental humanitarian principles through their normal use.
It said an eight-year contract signed in 2015 by BAE with US authorities to maintain and upgrade the US Trident and Minuteman III missiles that carry nuclear warheads was the reason for removing the company.
It has divested Fluor and Huntington Ingalls Industries because of their involvement in Savannah River Nuclear Solutions LLC (SRNS), owned jointly by Fluor, Newport News Nuclear Inc (a wholly-owned subsidiary of Huntington Ingalls) and Honeywell International Inc. NGPFG says SRNS manufactures tritium, a radioactive isotope of hydrogen that is a key component in nuclear warheads.
The fund said it had sold its stake in AECOM because it manages and operates the state-owned Los Alamos National Laboratory (LANL) in northern New Mexico, where US nuclear weapons are developed, tested, maintained and stored.