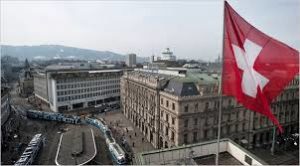 Swiss asset owners are under pressure to disclose the results of a government-led test on their alignment with a 2°C climate scenario – after results show average alignment in the country is closer to 4-6°C.

Seventy-nine of the country’s pension funds and insurance companies, managing two thirds of its assets, disclosed their equity and corporate bond portfolios under a voluntary initiative run by the Swiss Federal State of the Environment and the State Secretariat for International Finance. The portfolios were assessed by the 2° Investing Initiative to see how they aligned with national commitments under the Paris Agreement, which Switzerland ratified earlier this month.

In a statement about the results, released yesterday, the Swiss government said it was “committed to aligning financial flows with the aim of limiting climate warming to well below 2°C compared with pre-industrial levels”.

However, the results show that, on average, investments made by the 79 asset owners support a 4-6°C scenario. The tests focused on investments into four sectors: fossil-based energy production, electricity generation, transport and industry.

According to the statement, the results are in line with broader global trends, but show “considerable differences between the tested portfolios” in terms of climate alignment. They also reveal that Swiss pension funds and insurance companies are lagging global trends on renewable energy investment.

The tests were done on a voluntary basis, free-of-charge and under the condition of investor anonymity; but each respondent was given their results along with guidance on improving their alignment with a 2°C target, “if they wish so”.

However, Klima-Allianz Schweiz – a Switzerland-focused climate network whose 73 members include NGOs, political parties and church groups such as WWF, the Green Liberal Party of Switzerland and the Swiss Quakers – has launched a campaign to get the pension funds to disclose their results to their beneficiaries.

“Most of the pension funds [that participated] invest more into the expansion of fossil-fuels than into the expansion of renewable energy,” claims Christian Lüthi, director of the network. “That is absolutely catastrophic in terms of climate change, but also in terms of financial risks.”Klima-Allianz Schweiz sent letters to 500 pension funds asking them about their engagement with the government initiative, and whether those that took part planned to disclose the results. Only 60 pension funds responded, according to Lüthi, with 24 confirming they participated.

But, according to the campaign launched by Klima-Allianz Schweiz, all Swiss pension funds have a legal duty to disclose the information. Articles 65a and 86b of the Bundesgesetz über die berufliche Altersvorsorge (the Swiss body of laws on occupational retirement) state that pension funds must observe the principle of transparency, and must – upon request from beneficiaries – disclose information about financial risk.

The organisation has now launched a public campaign to encourage beneficiaries of the various pension funds to request disclosure on the topic.

Swiss pension funds have been seen as conservative on climate change, with very few publicly taking steps to support climate goals or address climate risk. However, there has been some movement: last year, the country’s largest pension fund, Publica, divested nine companies on the basis of coal production.

The second largest pension fund, BVK, also blacklisted equity holdings in coal in 2015. Other Swiss pension funds to have taken a public stance on climate change include Nest, which divested fossil fuels more than a decade ago, and Abendrot, which did the same last year.

Silvia Ruprecht, Project Lead at the Federal Office for the Environment, told RI that there was “still a long way to go”, but described the government initiative as “an important first step”. She highlighted that even with a voluntary approach, rather than a mandatory one, “we achieved a coverage of comparable 2°C scenario analysis for two-thirds of the Swiss pension funds and insurance market”.