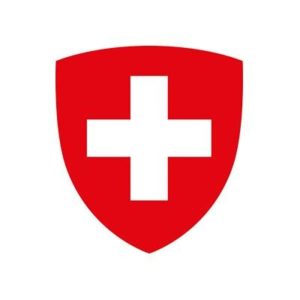 Eighty Swiss pension funds and insurance firms – representing approximately two-thirds of the country’s insurance and pension market – have participated in a government-backed voluntary 2°C scenario analysis of their equity and corporate bond portfolios – worth a combined CHF290bn (€253bn).

Open to all 1,500+ pension funds – large and small – within the country’s fragmented pensions universe, the Climate Compatibility Assessment Pilot Test is a partnership between climate think-tank 2° Investing Initiative (2°ii), the Swiss Federal Office of the Environment, and the State Secretariat for International Financial Matters.

It provides a “free, voluntary, assessment of pension funds and insurance companies’ alignment with the Paris Agreement, based on an open-source, freely available model tested to date by over 100 investors”.

The pilot offered each participating fund the opportunity to confidentially test their climate exposure against a 2°C scenario as defined by the International Energy Agency.

Data provided by the funds on their holdings will now be collated by 2°ii to produce an anonymous analysis of the market’s climate alignment. The findings will then be presented to the Swiss government, which will publically report on the pilot in October/November 2017.

“Environment ministries in countries aren’t particularly interested in what individual pension funds are doing – that is the role of the financial supervisory authorities – but are probably more interested in the general direction of travel,” said 2°ii Director Jakob Thomä.Scenario analysis was one of the key recommendations of the recent report from the high-level Taskforce on Climate-related Financial Disclosures (TCFD).

The voluntary dimension of the pilot is significant. The Swiss government has in recent years been pursuing a non-mandatory approach to climate disclosure – in contrast to the regulatory approach pursued by other European countries, such as France’s Article 173.

Last year RI reported that Switzerland had launched a public consultation inviting industry bodies, investors, NGOs, and other stakeholders to give feedback on planned voluntary climate-disclosure guidelines for companies and investors.

Speaking to RI, Silvia Ruprecht-Martignoli, Project Manager, for the Swiss Federal Office for the Environment (FOEN) said “the Swiss Federal Council proposes in the context of national climate policy after 2020 to implement the Paris Agreement’s goal of climate-aligned financial flows only with voluntary measures”.

She told RI that the pilot aimed to make pension funds and insurance firms aware that “they can do such tests” and that “there is a connection between their investment strategies and climate”.

Whilst the government has no concrete plans on how it will follow up on the results of the pilot, RI understands that it will feed into the discussion on how to monitor the country’s obligations under the Paris Agreement to make financial flows consistent with a low carbon economy. It will also help with international standardisation efforts on how to measure the climate impact of financial portfolios, for example ISO Standard 14097 under development.