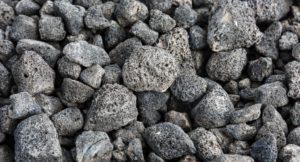 Swiss Re has bolstered its efforts to become Net Zero by signing a 10-year purchase agreement for carbon offsets that “literally turn CO2 to stone”.

The world’s biggest reinsurer has partnered with Cimateworks, a Swiss carbon dioxide air capture technology firm, to buy offsets generated by a project in Iceland.

The $10m deal, understood to be the first ever long-term purchase agreement for such a technology, is set to help Swiss Re reach its goal of making its own operations Net Zero by the end of the decade.

The project uses geothermal energy to capture carbon dioxide from the air, which is then pumped deep underground, where it reacts naturally with surrounding basalt rock to form stable carbonate minerals.

“This is considered the safest, most durable form of all carbon removal solutions that are commercially available today,” said Swiss Re, although it acknowledged that it is also one of the most expensive – costing several hundred dollars for every tonne of CO2 removed.

In order to benefit from economies of scale, the new technology needs institutions to make long-term purchase agreements with developers, Swiss Re said, adding that the insurance sector is well placed to make such investments.

“To mitigate the risks of climate change, the world needs to scale-up carbon removal on top of, not instead of, emission reductions. By partnering with Climeworks we can play to our strengths in this endeavour, as a risk taker, investor and forward-looking buyer of climate solutions,” said Christian Mumenthaler, CEO of Swiss Re, who also co-chairs the World Economic Forum's Alliance of CEO Climate Leaders.

Many of the most popular forms of carbon offsetting, such as planting trees, require lots of land – bringing into question their scalability. Earlier this month, Oxfam calculated that “the total amount of land required for planned carbon removal could potentially be five times the size of India, or the equivalent of all the farmland on the planet”.

Such research has heightened scepticism around the Net Zero pledges made by a growing number of corporates and financial institutions, many of which rely heavily on cheap carbon offsets to meet their commitments.

Swiss Re, which plans to be Net Zero across its entire insurance and investment business by 2050, said its new commitment sends “an important demand signal to developers, investors and other buyers”.

The partnership will also give the firm “access to the new carbon removal risk pools and asset classes,” and will see it contribute to developing “risk management knowledge and risk transfer solutions, as well as to explore future investment and project finance opportunities”.

Sweden’s Energy Agency this week confirmed that it will use Gold Standard, the body set up by WWF and other NGOs to certify carbon offsets, to ensure the government uses good quality offsets when meeting its emissions targets under the Paris Agreement.