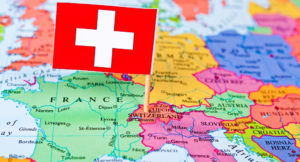 Switzerland’s Federal Council has pushed back the deadline for a proposal on how regulators could tackle greenwashing in the country, RI understands.

Last year, the Council, the highest executive authority in Switzerland, asked the Department of the Environment and the State Secretariat for International Finance (SIF) for guidance on whether it should update legislation “to prevent so-called greenwashing”, by Autumn 2021.

But the SIF – the unit that promotes Switzerland’s financial credibility on the global stage and implements national financial policies – has confirmed to RI that more analysis is needed before any formal recommendations can be issued. In an update this week, the government asked for advice on “how financial market legislation could be amended – particularly with regard to transparency – in order to avoid greenwashing" by the end of 2022.

The Department of Finance and the Financial Market Supervisory Authority (FINMA) have also been asked to contribute to the advice under the extended timeline, which SIF said was prompted by “a need of further deepening the analysis”.

A spokesperson added that it was too early to comment on which areas of regulation the recommendations might address.

Earlier this month, FINMA released supervisory guidance on dealing with greenwashing, telling RI it “considers targeted regulatory measures to be necessary to allow it to combat greenwashing more effectively”.

“As well as regulatory guidelines in the area of product transparency (prospectus/KID/fund contracts or investment regulations) and subsequent reporting (alternatively in the semi- and annual report) for Swiss collective investment schemes, FINMA deems it necessary to consider a duty to enquire about and take into account client preferences in relation to sustainability at the point of sale,” the regulator said.

As well as announcing the updated timeline, the Federal Council recommended that financial market players use ‘implied temperate’ indicators as a universal and comparable way of expressing the climate alignment of their products and portfolios. This approach involves estimating the temperature trajectory of a portfolio or company, and then calculating what the global temperature rise would be if the broader economy pursued the same trajectory.

Implied temperature metrics have been at the centre of heated debate in recent months. The TCFD endorsed the approach in a review earlier this year, but investor group the Transition Pathway Initiative urged it to rethink the details of its recommendations, which it claimed would result in a lack of credible information.

Reacting to the Council’s recommendations on social media this week, Patrick Schmucki, KPMG Switzerland’s Corporate Responsibility Officer, warned that “knowing that the availability and quality of data is quite limited and given the fact that the calculation methodologies are still not very advanced, I doubt whether such disclosures are really appropriate to avoid greenwashing”.

Switzerland has already laid out plans to introduce mandatory reporting requirements for large companies, based on the TCFD recommendations. In August, it said that the Department of Finance would draft rules for listed companies, banks and insurers with 500+ employees – or those with more than CHF20m in assets or CHF40m in turnover – by next summer, with a view to introducing them in 2024. While those rules address climate impacts as well as risks, just a month earlier, FINMA updated its disclosure requirements for large banks and insurers to include looser, TCFD-based expectations.

In this week’s announcement, the Swiss Federal Council also recommended that members of the financial sector joined existing global Net Zero initiatives, and said it was “working towards industry agreements with this in mind”.

The spokesperson from SIF welcomed the “concrete measures to address greenwashing, such as ambitious and credible transparency on climate alignment, as well as plans to establish industry agreements towards net-zero,” saying that such measure had been “identified as critical by this year’s work”.

The Department of Finance is charged with informing the Council on the extent to which this week’s recommendations are taken up by the market over the next year. The outcome of this assessment could influence the proposals for how the government should intervene further on greenwashing.