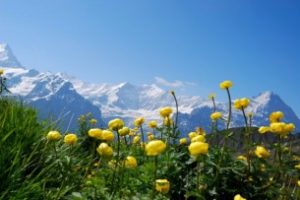 Corporate governance watchers will be keeping a close eye on Switzerland today and over the following days as Swiss banking giants Credit Suisse and UBS meet shareholders at their first annual general meetings (AGMs) since the start of the country’s own shareholder spring. Credit Suisse’s AGM is first up at the Hallenstadion in Zurich today (April 26), while UBS’ board takes to the same platform on May 2. Switzerland’s shareholder spring began on March 3, when, in a referendum, the Swiss overwhelmingly approved a grass-roots initiative that aims to stop excessive executive pay. The initiative, named after Swiss MP and activist Thomas Minder, seeks to do this in two ways. First, shareholders of listed Swiss firms must vote on executive compensation at annual meetings and boards must respect those votes. Second, Minder bans other perks for executives like recruitment bonuses, golden parachutes and awards for acquisitions. While Minder’s provisions will not take effect until early next year, the initiative has already unleashed pent-up Swiss anger over executives paying themselves too much. On April 10, more than 63% of shareholders of private bank Julius Bär rejected the 2012 compensation for the bank’s executives – the first time this has ever happened at a listed Swiss firm. Another shock came eight days later, when the compensation at Swiss biotech firm Actelionwas dismissed by a similar majority of shareholders. “It was like a bomb had exploded in Switzerland,” said Dieter Stohler, chief executive of Publica, the CHF32bn (€26bn) pension scheme for Swiss government employees. “After the Minder referendum, many thought that things on the corporate governance front would quiet down. That was clearly not the case, and what I personally found remarkable were the strong majorities against the compensation.” Christophe Hans, spokesman for the influential Swiss proxy advisor Ethos, agreed that Minder had emboldened Swiss shareholders to take a stance against excessive pay. But he said international investors, particularly from North America and the UK, made the difference in the votes at Bär and Actelion. “Swiss investors own less than 50% of the share capital of Swiss firms. A huge portion is held by Anglo-Saxon investors, and they tend to rely on the advice of the proxy firms ISS (Institutional Shareholders Services) and Glass-Lewis,” said Hans. In Bär’s case, shareholders were upset with the level of compensation relative to the bank’s size and with an CHF800,000 award to be given to CEO Boris Collardi for acquiring Merrill Lynch’s wealth management business outside the US. In Actelion’s case, the compensation alone, including CHF5.2m for founder and CEO Jean-Paul Clozel, was the defining factor. But because the votes were pre-Minder, and hence
non-binding, Collardi and Clozel will get all the pay for 2012 proposed by their boards. Hans does not, however, expect another bomb to explode either the Credit Suisse or UBS AGMs. Although Ethos, which represents more than 130 Swiss pension schemes and foundations, has recommended a no vote on executive pay at both banks, this has not been echoed by the likes of ISS. Hence, the pay proposals from the banks’ boards are likely to be approved. Hans said: “Anglo-Saxon investors are less concerned with the level of pay and more concerned with transparency about it. And the fact is that Credit Suisse has unveiled one of the best reports on the matter. We applaud them for it.” The Swiss proxy advisor also welcomes Credit Suisse’s effort to limit variable compensation for executives, but says the overall amount is still too high. On UBS, Ethos’ recommendation ought to carry more weight, given that the bank posted a loss of CHF2.5bn for 2012. The loss was incurred in part by the Swiss bank’s involvement in the Libor scandal for which it paid a hefty fine. But again, ISSand Glass Lewis are said to not have a problem with what UBS executives are to be paid for 2012. Does this mean that Switzerland’s shareholder spring is over? Hardly. Beyond the fact that there may be more surprises at annual meetings still to be held, the real showdowns could take place in 2014, when shareholders, as per Minder, take binding votes on executive pay at Swiss firms. It will be interesting to see whether the firms known for their excesses continue in that regard and risk getting whacked by shareholders. On the other hand, given that there are essentially two shareholder blocs – one Swiss and one international – wanting to rein-in executive pay, investors will have to work hard to secure a majority for that aim. This actually may become harder than before Minder, should Swiss boards increase the level of executive pay to compensate for the loss of recruitment bonuses. Whatever happens, the Swiss have already made history by actually tackling through democratic, binding regulation the problem of executive greed.