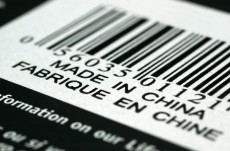 Chinese manufacturing companies represent the country’s highest reported ESG risks for investors, with Foxconn, the controversial computer components provider to retailers including Apple, included in the top 3 most exposed companies, according to a study tracking local news sources by SynTao, the Chinese ESG research company. SynTao said it tracked a total of 1818 companies and their ESG coverage in local press. Foxconn, one of the world’s largest employers, was rocked by 14 employee suicides in 2010. Subsequent media scrutiny of the sector meant that manufacturing accounted for over 55% of all ESG alerts picked up by SynTao. The research firm said the top five industries most exposed to ESG issues were manufacturing, mining, transportation, financial services and construction. PetroChina, and Sinopec, the petrol and chemicals group, were the two other most risky companies in terms of news coverage. PetroChina, which was dumped from the portfolios of ABP, the Dutch pension fund giant, earlier this month because of the activities of its parent company CNPC in Sudan and Burma Link to story received the highest number of risk alerts.
Among the 10 companies generating the most ESG risk alerts 4 – Sinopec, PetroChina, China Mobile and China Life Insurance – were part of the Fortune Global 500 (by revenue). Other large Chinese companies with multiple risk reports included Industrial and Commercial Bank ofChina (ICBC), China Railway Group, China Construction Bank and Agricultural Bank of China. Social concerns were by far the largest type of ESG risk reported in China with occupational health and safety incidents accounting for over 40% of the total alerts. SynTao said the top five ESG issues were occupational health and safety, corruption and fraud, environment and industrial hazard, business ethics and product safety. SynTao said that while potentially sensitive ESG issues are sometimes hardly reported on, in recent years there has been more freedom to discuss negative impacts of (state-owned) corporate operations on environment and society. This reporting, it said, tends to be in line with government policy such as a crackdown on fraud or food safety. Following the announcement of the 12th five-year economic plan (2011-2015) by the Chinese government in March 2011, which includes explicit references to environmental and social objectives, SynTao says many anticipate the Chinese government to put greater emphasis on corporate management of ESG performance, and responsible investing more generally: “As one third of the targets in the five-year plan are now related to the environment, we expect companies in the near future to become more strictly bound by environmental regulations and investors to benefit from corporate monitoring and assessment of extra-financial factors.”
Link to study