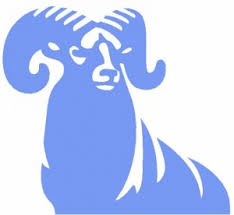 A shareholder proposal at T. Rowe Price calling on the US mutual funds giant to review its voting practices to see if they are consistent with its commitment to the Principles for Responsible Investment (PRI), has been withdrawn.

Zevin Asset Management, the Boston-based SRI investor with around $550m (€477m) in assets, had filed the resolution ahead of the Baltimore-based investor’s annual meeting later this year.

Zevin’s proposal at T. Rowe was identical to its one at Franklin Templeton Investments (FTI), which FTI’s parent gained permission from the Securities and Exchange Commission (SEC) to omit from its 2015 proxy materials on the basis that it sought to “micro-manage” the company.

Zevin President Sonia Kowal said her firm decided to withdraw the T. Rowe Price proposal after it, in a “no-action” request to the SEC, listed five legal reasons for omission.

“We didn’t want to set precedent on these new points at the SEC given the very real chance of losing this challenge as well,” Kowal told Responsible Investor.

The impetus for Zevin’s proposals at T. Rowe Price, which manages $731bn in assets, and Franklin Templeton, is its claim that their voting behaviour does not reflect their commitment to the PRI. T. Rowe Price signed up to the PRI in 2010 and Franklin followed suit in 2013.

Yet Zevin points out that during the US proxy season of 2013, FTI’s mutual funds voted 97% of the time against sustainability proposals from shareholders.T. Rowe Price, meanwhile, voted against such proposals 86% of the time. Kowal says she doesn’t understand why the two US firms oppose her proposal, given that several of their peers, including DWS, GMO, Oppenheimer, Morgan Stanley and Wells Fargo have “excellent and detailed proxy voting policies and practices regarding sustainability resolutions.”

In any event, T. Rowe Price’s legal representative, DLA Piper, said in letter to the SEC that there were a host of reasons for why Zevin’s proposal could be excluded. The proposal was, said DLA Piper, not only misleading, irrelevant and disruptive to T. Rowe Price’s daily operations, it also would force the company to violate its legal and fiduciary duties to its clients.

DLA Piper said: “It is false and misleading to suggest that T. Rowe Price’s status as a signatory to the PRI in any way obligates it to support shareholder resolutions on behalf of clients.”

This, said the law firm, was because the PRI’s third principle states that supporting shareholder resolutions regarding sustainability disclosure was just one of several “possible actions signatories can undertake to meet their commitments under the voluntary framework.” [Editor’s note: Principle 2, on active ownership, refers to ‘exercise voting rights’ and ‘file shareholder resolutions’ on ESG matters as possible actions. Link to PRI Principles

Kowal said: “We are disappointed that T. Rowe Price has chosen to use valuable company resources to fight this resolution rather than using the opportunity to review their proxy voting policies and practices.“ Zevin plans to re-submit the motions at both firms next year.