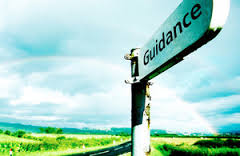 The Pensions Regulator (TPR), which oversees the UK’s workplace pensions schemes, has told a parliamentary committee that it is looking at reinforcing its climate risk guidance as pension trustees fall “behind the curve” at assessing and managing climate risk at their schemes.

“It is a journey, I think. The start of the process is putting that information into guidance. I think that needs to be reinforced. It is something more broadly that The Pensions Regulator is looking at in relation to trustee governance”.

In 2016, The Pensions Regulator published its new code of conduct, giving its guidance that trustees of UK pension funds should consider environmental, social and governance (ESG) factors when making investment decisions, where such factors are “financially significant”.

Raymond told the committee that climate risks are “financially material”, adding, “climate risk is a short, medium and long-term risk, and it is something that trustees should take into account when they are making their investment decisions”.But when asked by Lucas if he was surprised to hear that 53% of pension professionals did not consider climate a financially material factor, he replied that he was “not necessarily surprised to hear that”.

On the issue of potentially acting against trustees not considering climate risks when it is material to do so, Raymond replied: “The first thing we would do would be to engage with the trustees and to highlight that. If the behaviour did not change as a consequence of that engagement, we could certainly take action.”

Reflecting on the evidence given to the inquiry in a blog, Raymond writes that “not all pension trustees appreciate the financial risks presented by climate change; some trustees are taking a leadership role but others are resistant to change or underestimate the financial impacts on their pension scheme”, he went on to suggest that many are “behind the curve”.

Earlier, Lord Turner, the public policy and finance figure, told told the committee that corporate climate disclosure needs to be made compulsory – which would help investors like pension funds to make informed decisions.