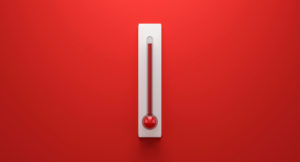 Investors are pushing back against the forward-looking metrics from the Taskforce on Climate-related Financial Disclosures (TCFD), claiming the market needs more time to mature.

Last year, the TCFD launched a consultation on forward-looking metrics after research found low take-up by asset managers and asset owners when it came to reporting using the weighted average carbon intensity metric recommended by the task force.

In the consultation, the TCFD considers the metric ‘implied temperature rise’ (ITR), which attempts to estimate a global temperature rise associated with the emissions of a company or investment portfolio. It notes that proponents of ITR say it could represent a proxy for climate-related transition risks or opportunities associated with a portfolio, fund, or investment strategy. But, the consultation also says ITR is a nascent metric with variations in outcomes and approaches.

The Transition Pathway Initiative (TPI), a $23trn group of investors committed to supporting the climate transition, said in its submission that it “formally requests that the TCFD withdraw its proposals on ITR”.

The TPI says ITR is too immature and fails most of the tests of a good metric; in particular, because of its reliance on unreliable emissions data and assumptions, and little transparency from data providers on methodologies.

Last year, RI covered research claiming temperature ratings should be taken with a ‘pinch of salt”.

The TPI also notes that investors need to rely on one or more external data provider for ITR calculations.

Instead, the TPI says the TCFD should focus on existing metrics widely used by investors, such as Climate Action 100+ (CA100+) indicators or the data used by TPI. Adam Matthews, Co-Chair of the TPI – and Director of Ethics and Engagement at the Church of England Pensions Board – chairs CA100+’s European work on transition to Net Zero.

The Asset Management Group of the Securities Industry and Financial Markets Association, representing $45trn in assets, says it is “keen to stress” two key challenges to using such forward-looking climate metrics: the coverage and reliability of data, and the lack of transparency on data providers’ methodologies.

It says in light of this, the first step from the TCFD should be requiring companies to implement recommendations on disclosure of forward-looking data. The request mirrors the investment industry’s calls for the EU to force companies to disclose sustainability information in advance of introducing rules for asset managers.

The Association adds that: “Beyond issues with the metrics themselves, but related to such issues, are the concerns of our members regarding liability. The TCFD will be well aware of the increased scrutiny placed on ESG and in particular climate-related disclosures as well as the increased trend in actions being brought in relation to disclosures. Our members are reluctant to support the recommendation of reporting of forward looking metrics when liability may be placed on them in circumstances where inaccuracies in the data (or conclusions drawn therefrom) are likely to occur and not within their control.”

Washington-based Institute of International Finance (IIF) raises similar concerns, saying: “Considering the wide variation in methodologies, data challenges, and lack of agreement on a preferred approach, we believe that it is too soon to formally incorporate a set of forward-looking metrics into the core of the TCFD Recommendations at the present time.”

Instead, the IIF says the focus for 2021 should be on continued R&D and industry dialogue and consensus on the design of forward-looking metrics, with the aim to initiate revisions in 2022.

Elsewhere, Mary Schapiro, Head of the TCFD's secretariat, has called on governments to make TCFD disclosure mandatory. Countries such as New Zealand and most recently the UK are bringing the TCFD into reporting rules.

On Friday, Euro central banks announced that they would start making annual reports of the climate performance of their investment portfolios within the next two years, using TCFD as a framework.

And the Financial Stability Board has announced it will explore with standard-setting bodies ways to promote comparable and auditable disclosure based on the TCFD and report to the G20 in July on this work.