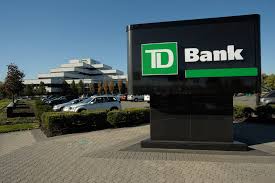 Canada’s Toronto-Dominion Bank is facing proposals on pay ratios and the phasing out of stock options filed by activist shareholder group MÉDAC at its annual general meeting in Toronto today (March 26).

They are among four resolutions put to the AGM by Montreal-based Mouvement d’éducation et de défense des actionnaires (MÉDAC) – but, according to advance voting disclosures, a range of responsible investors are not backing the motions.

The group – which will be represented at the AGM by Hélène Dufresne – says a growing gap in pay between top managers and rank-and-file staff generates “injustice within the company and a malfunctioning economy”. TD is resisting the proposal, saying it doesn’t believe it “would benefit the bank or its shareholders”.TD says: “This ratio does not provide a meaningful comparison between executive compensation and that of other employees.”

Some investors who have already disclosed their voting intentions via the Proxy Democracy site appear to agree. Christian Brothers Investment Services, the Florida State Board of Administration and SRI firm Trillium are all voting against the proposal, with the latter saying it would “effectively cap senior executive compensation”.

MÉDAC is also calling for stock options as a form of compensation to be phased out over a five-year period, to be replaced with a formula tied to long-term performance.  The body cites fund manager NEI Investments as saying stock options “are complex, highly susceptible to manipulation and have the effect of excessively rewarding executives on the basis of a single and questionable performance metric”.

But CBIS, the Florida SBA and Trillium reject this too, according to voting intentions. Trillium says: “Although stemming from legitimate shareholder concerns, a vote AGAINST this resolution is warranted. Stock options represent a form of equity award that provides a long-term incentive with retention value.”

Any risks for shareholders, it says, can be mitigated through “rigorous compensation governance”, which it reckons TD Bank does “in most respects.”