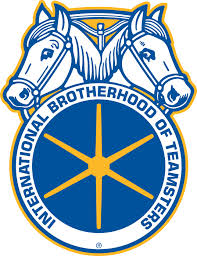 US union giant the International Brotherhood of Teamsters is planning to file a shareholder resolution for 2015 at National Express Group as part of a long running dispute with the UK-based transport conglomerate over the treatment of its US staff – and is understood to be canvassing support from UK pension funds.

National Express is the second largest provider of drivers for school buses in the US, and the Teamsters have been complaining for the past few years that it treats its US staff badly.

A similar proposal for the 2014 AGM from the union, which had the backing of three Local Authority Pension Fund Forum (LAPFF) members, gained 12.83% investor backing.

The company had advised shareholders to vote against the motion, saying it was based on the “flawed assumption” that its workplace rights were failing.

Speaking at the LAPFF annual conference last week, Louis Malizia, the Teamsters’ Assistant Director of Capital Strategies, said its new resolution would make stronger demands on the National Express board.

“It will make a direct demand to the board asking them to have an independent agent to review practices in the US and report on that to the board and shareholders,” he said. “So we can see the company is doing something.”

Responsible Investor understands that Teamsters had a breakfast meeting with investors in National Express at the event.Nottinghamshire County Council, along with Greater Manchester and London Borough of Islington backed this year’s proposal, which called on the company to improve board oversight of human capital management, and address what were termed “systemic and longstanding” issues.

“National Express responded by setting up hoops,” said Malizia. “Its first reaction was to demand a signed affidavit from every independent shareholder. Much to their chagrin we managed it and the shareholder resolution got onto the ballot.”

He said that, in advance of the AGM, the union met with several top institutional shareholders in National Express and policy advisers like PIRC.

He said it turned into the highest vote on a human rights issue in the UK. Malizia said Teamsters would be engaging with LAPFF members and other investors with its new resolution going forward.

However, Councillor Richard Greening, chair of the London Borough of Islington, which owns 3% of National Express, and an LAPFF executive, said earlier in the event that it was engaging with the company but did not say if it would support a further resolution.

A company spokesperson told RI: “National Express’ Workplace Rights Policy guarantees the right of all our employees to join or not to join a union. In the US, union membership has doubled in the last five years, we recognize 14 different unions and enjoy a productive relationship with the majority of them.”