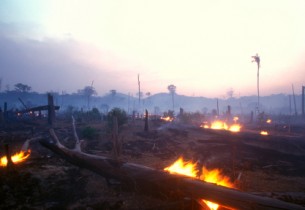 More than 50% of a sample of chief executive officers (CEOs) in Latin America (167 companies surveyed) and 45% (40 companies surveyed) in Africa believe a decline in biodiversity – such as plant and animal habitats – is a challenge to business growth, against less than 20% of peers in western Europe (442 companies surveyed), according to the findings of The Economics of Ecosystems and Biodiversity (TEEB) report released yesterday. The study, supported by a number of the G8 governments and the United Nations claims that corporations that fail to make sustainable management of biodiversity part of their business plans could find themselves increasingly out of step with the market place. The report comes as TruCost, the UK-based environmental research house, is to publish a report on behalf of the UN’s Principles for Responsible Investment, on the activities of the world’s top 3,000 listed companies. It will estimate that their negative impacts or ‘environmental externalities’ could be costing global economies around $2.2 trillion annually.The TEEB report said a recent IPSOS consumer survey had shown rising interest in biodiversity loss with 60% of those surveyed in America and Europe, and over 90% in Brazil, aware of the issue. Over 80% of the same consumers surveyed said they would stop buying products from companies that disregard ethical considerations in their sourcing practices. In related consumer data, the report said global sales of organic food and drink amounted to $46 billion in 2007, a threefold increase since 1999. Sales of certified ‘sustainable’ forest products quadrupled between 2005 and 2007. Also, between April 2008 and March 2009, the global market for eco-labelled fish products grew by over 50%, attaining a retail value of $1.5bn.
The report said scrutiny of big business and its impacts on the world’s natural capital was likely to intensify as better biodiversity evaluations and assessments are produced.
Link to TEEB report