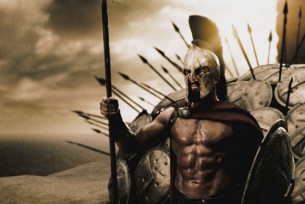 A group of influential European fund management investment chiefs has set up a think-tank to highlight irrational and dangerous market behaviour to counter what they believe is a “perfect storm” for institutional investors of economic uncertainty, regulatory disruption and an investment industry fixated on costly and complex financial structures. The group of 10 investment heads calling themselves The 300 Club includes Saker Nusseibeh, Head of Investments at Hermes Fund Managers, William De Vijlder, CIO at BNP Paribas Investment Partners and Alan Brown, CIO at Schroders. Over the next 12 months, The 300 Club will convene regular meetings and publish thought papers on issues such as investment transparency, complexity and risk modelling. The CIO group said it believed current economic and investment trends would also change the investing landscape over the next two decades and that it will be considering their implications. It added: “We are at a crisis point which presents huge risks to investors. A consequence, which is already visible for the investment markets, is the herding of investors into increasingly overpriced assets whilst continuing to count on de-correlated return or lower risk. Coupled with this, the shift, under regulatory pressure, of investor interest away from “risk capital” is a major body blow for Western economies that desperately need investmentcapital to help regenerate their competitiveness and foster growth.” The 300 Club said there were three major issues that had contributed to inertia and eventually crisis in the funds industry. The first is that the increased complexity of instruments and models created a feeling that a free lunch (return without risk) was possible. The second was an increased focus on products as opposed to investor needs. The third, they said was that the relatively benign markets over much of the last 50 years had encouraged the view that in the medium/long term markets will always rise. The 300 Club said its aim was to raise “uncomfortable and fundamental” questions about the foundations of the investment industry. Saker Nusseibeh, Chairman of The 300 Club, said: “We must make sure that what is being built by the professional investment community is the optimal answer for the investor or for society.” The “300” Club refers to the legendary 300 Spartans who in 480 BC held off the vastly numerically superior invading Persian army at the Battle of Thermopylae to give time for the remaining Greek forces to regroup. The group said the story of the 300 has become a symbol of what can be achieved by a small band of high conviction individuals against overwhelming odds.