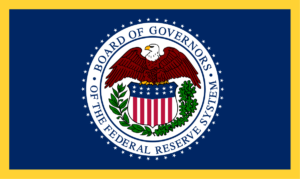 In the first of a two-part report, Responsible Investor looks at how the US central banking system is responding to climate change.

This article was prepared before the New York Department of Financial Services signed up to the Network for Greening the Financial System (NGFS).

“By 2050, between $66bn and $106bn worth of existing US coastal property will likely be below sea level. Some states risk up to a 50-70% loss in average annual crop yields.” Emanuel Cleaver, Democratic Congressman for Missouri, tweeted these stark projections, from the University of California Berkeley, after he held a Congressional hearing on the macroeconomic impacts of climate change.

Cleaver, who sits on the U.S. House of Representatives Committee on Financial Services, is currently drafting a law requiring the Board of Governors of the Federal Reserve System and the Securities and Exchange Commission to report annually on the costs of climate change.

It comes as political pressure on the Fed on the climate change issue has escalated in 2019.

In May, Jay Powell, the Federal Reserve Board chair, made one of his first public comments on climate change in response to a letter from 20 US Senators, including Elizabeth Warren and Bernie Sanders.

“The first thing that is notable about Mr. Powell’s letter is how it strains to use the term ‘climate change’,” said Richard Mahony, founder of risk communications firm Mahony Partners and a former J.P. Morgan investment banker in reaction. “It appears only twice, once in each of the first two paragraphs. After that, he adopts the term ‘severe weather events’, which not only has the advantage of distancing himself from a term that’s frowned upon by this administration but also neatly drops climate into the box of unknowable things.”

Senator Brian Schatz of Hawaii, a signatory to the letter, was equally dismissive of Powell’s response, dubbing it “garbage” on Twitter. “The American agencies that oversee the financial system have decided to ignore climate change,” he said.

In June, Powell faced Schatz in person at a Senate Committee hearing. Powell told Schatz that financial institutions that the Fed supervises were required to have a plan and an understanding to deal with severe weather events – and when pressed linked severe weather increases to climate change, according to a transcript sent to Responsible Investor by the Federal Reserve Board communications team.

Schatz then asked Powell whether the Fed shared the view of the Bank of England that bringing the monitoring of climate-related financial risks into supervision was necessary.Powell responded: “You know, I guess I see climate change as a longer run issue. I don’t know that incorporating it into the day-to-day supervision of financial institutions would add much value. We have lots of things to supervise them for.”

Frank van Lerven, Senior Economist at the New Economics Foundation think tank, says Powell’s comments reflect the “Tragedy of the Horizon”, the concept famously coined by the Bank of England’s Mark Carney, where the effects of climate change impose a cost on future generations that the current one has no direct incentive to fix.

“It is a really big issue,” says van Lerven. “It is essentially how a Tragedy of the Horizons applies not just to the private sector but to the central banks themselves.

Ulrich Volz, a German economist who heads up the new Centre for Sustainable Finance at SOAS in London and PhD student Simon Dikau recently released a paper examining the extent to which climate-related risks and mitigation policies fit into central bank mandates globally.

Volz says: “The Fed has no specific mentioning of sustainability in its mandate. However, as recognised by the [central bank] member institutions of the NGFS, climate change poses a serious threat to financial stability. Given that central banks are undoubtedly responsible for safeguarding macro-financial stability, it is clear that also the US Fed ought to address this as part of its core mandate.”

He continues: “Unfortunately, the political climate in the US, which threatens the Fed’s independence, has made it difficult for Fed officials to openly address climate issues or join the NGFS. Yet, climate risk is increasingly being addressed nonetheless, mostly beyond the public eye.”

Frustration with the US

The NGFS is the Network for Greening the Financial System, a grouping of central banks looking at climate risk. In their letter to Powell, the senators refer to the NGFS, and the high-level Washington-based membership body the Institute of International Finance, which recently offered to support the NGFS, has said the Network has notable gaps in membership.

According to insiders the NGFS was formed due to frustrations with the G20 process and the US’s position on climate change. “China was saying ‘if you are not going to do this we will’,” says a person close to the matter. The NGFS formed in late 2017 with eight founding central bank members, including the People’s Bank of China, the Banque de France, which acts as secretariat, and the Dutch central bank DNB as chair.

“There’s a lot of politics still involved,” says one insider. “You had the core eight central banks. Then a larger secondary group of peripheral central banks joined [there are now 42 members as well as eight observers]. And there was an expectation that the Fed would eventually join. But they didn’t want the Fed to water down any potential proposals in its first comprehensive report.” This was released in April.

“But it is definitely important that they [the Fed] eventually become a member.”

However, Powell probably has “bigger fish to fry”, having to deal with President Trump’s barbed criticism, according to one economist.

For this reason Powell has “nothing to lose”, and could start to speak on climate change action in opposition to the US executive, according to one observer.But others argue it took a long time for current central bank members of the NGFS to start looking at climate change risk: “If you compare it to what was happening in 2016, these same people were saying then ‘this isn’t in our mandate. We have nothing to do with this’.

“The reasons these ideas started to manifest was that there were individuals in central banks who let their ideas trickle down and ripple through. But they needed to build the case within the central bank.”

There are signs this is starting to happen within the Federal Reserve System. A number of Federal Reserve Banks, regional arms of the US central banking system, are conducting research into climate change risk – sometimes with consequences from Washington, as we shall see.