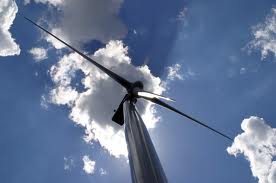 The landscape has changed significantly for developers over the last couple of years, particularly in those markets which have seen the biggest switch from subsidy to auctions as in UK and Germany. The UK Renewables Obligation Certificate (ROC) regime provided projects with pre-defined levels of fixed-price inflation-linked subsidy revenues for 20 years with the balance of a project’s revenues being derived through wholesale power sales providing they were connected within certain time windows.
The German Feed-in Tariff (FIT) subsidy system provided fixed revenues over a 20-year period with the asset owner factoring in wholesale power revenues for the remaining useful life of the asset beyond the subsidy term. These systems meant developers could make rational economic decisions investing development capital with strong visibility of the future project revenues and therefore the value of the asset, which would be guaranteed subsidy support subject to all planning and regulatory requirements being met.

In 2016, Germany accounted for 44% of new installations in Europe with 4.6GW of new onshore capacity, whereas the 2017 auctions only allowed for c. 2GW

Under the UK Contracts for Difference (CFD) and German auction systems, developers are required to take materially more risk with no guarantee of securing support at economic levels or in some cases, at all. Projects now have to compete for support within the constraints of capacity limits set by central government which has dramatically slowed greenfield development – for example in 2016, Germany accounted for 44% of new installations in Europe with 4.6GW of new onshore capacity, whereas the 2017 auctions only allowed for just c. 2GW; in the UK, only near shore onshore wind is eligible for CFDs, and only for a limited amount within that.
This slowdown in greenfield development has created pressure on margins throughout the onshore wind supply chain. The projects that have the best chance of success in competitive processes are those that can secure the lowest levelized cost of energy (LCOE), which means that developers have to push all the economic and performance levers they can to improve the probability of securing subsidy support.
These include construction costs, wind yield, operating costs and financing structures. This pressure is having an impact on the major turbine manufacturers who are having to reduce cost and prices to meet demands, and are seeing smaller orderbooks due to fewer projects, as can be seen in the decision of Vestas to announce major job cuts in Europe in 2018 and a shift in focus to new, emerging markets. The change has also led to a consolidation in the market as larger utilities buy up smaller developers who are unable to take on significant development costs without the guaranteed tariffs that were once available, a trend particularly apparent in Germany (E.ON’s acquisition of Vortex Energy is one example).
However, whilst disruptive to the market, the benefit that this shift is having on the cost of onshore wind is clear. The levels of subsidy now being awarded show material decreases compared to the ROC and FIT regimes as the LCOE for onshore wind continues to decrease due to a combination of technological advances and supply chain pressure. For example, the latest onshore auction process in Germany had an average price of €61.6 / MWh, compared to tariffs in the region of €75 – €80 / MWh being awarded in 2016. In markets that have essentially been subsidy free for a number of years, i.e. Sweden and Norway (where prices of traded Electric Certificates are less than €5 / MWh), the clearing price for the construction of new projects is now closer to €40 / MWh.h6. Investors

As well as changing the landscape for developers and manufacturers, the current slowdown in greenfield development is greatly impacting investors. Over the last couple of years the primary and secondary markets for projects either being constructed or newly commissioned have been very active, with the changes to subsidy structures driving a large pipeline of opportunities as developers have rushed to get projects over the line under more favourable subsidy regimes before scaling back on new developments, as can be seen with record amounts of onshore capacity permitted in Germany, UK and France in 2016 and 2017.
However, whilst not a constant – for example, Norway and Sweden are continuing to maintain high levels of greenfield activity – the general slowdown across other major markets, combined with the growing inflow of capital looking to invest in these assets, is creating an increasingly competitive market place putting greater pressure on financial returns and targets. There already appears to be a trend of decreasing discount rates for generation assets in the most mature European markets. This trend is in part due to their lack of correlation with equity markets in the context of political upheaval (e.g. Brexit), and the recognition that there is only a limited pool of generational assets that benefit from subsidy support as we move towards unsubsidised markets and a slowdown in greenfield development and therefore future pipeline.
From an investors’ perspective, this has become evident in the increasing level of competitiveness and demands made by vendors in formal sales processes. Foresight generally targets assets that can be secured on a bilateral basis outside of auction prices enabling it to maintain pricing discipline and avoid being dragged into a race to the bottom on returns. In recent processes Foresight has seen some of its peers adjusting certain assumptions to remain competitive including extending wind asset life assumptions to 30 years from the market norm of 25 years which had been settled on as a result of turbine design life and permitting restrictions.
The next key shift in European onshore wind that will drive the market over the medium- to long-term will be the move to wind on an unsubsidised basis and this is already starting to happen where projects are sufficiently large to benefit from economies of scale, where there is strong wind resource and where longer-term power purchase agreements (PPAs) can be put in place. Foresight has already completed a number of unsubsidised solar projects in Southern Europe supported by corporate PPAs and is actively looking at opportunities in PPA-backed wind projects which will become increasingly viable as the LCOE continues to reduce.
This is already the case in certain areas where the conditions are strong enough to support subsidy free projects, for example in high-wind areas of Scotland (whilst Norway and Sweden have effectively been subsidy-free for a few years now given how low Electricity Certificates are valued in those markets). In general, driven by lower costs and continued technological advances, the LCOE for onshore wind needs to fall yet further before subsidy-free projects are a widespread reality across Europe, which would then render any subsidy or auction capacity limits less relevant.
Overall, for everyone along the supply chain from developers through to the end investors, the combined pressures of the removal of guaranteed subsidies, capacity limits and increasing investor appetite for onshore wind assets means the market continues to evolve with its own unique challenges. However, this is all driving forward an increasingly competitive, clean source of energy, which is crucial for meeting the various carbon-targets set across Europe.

Charlie Wright is a Senior Investment Manager at Foresight Group