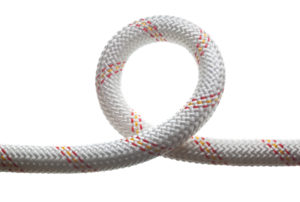 The rise of ‘anti-ESG’ legislation across the US has been making headlines in recent months and contributing to concerns that the backlash against sustainable finance will stifle progress.

To help make sense of the trend, Responsible Investor spoke to investment lawyer Lance Dial, who has been following the development of ESG and related regulation for Morgan Lewis, the law firm where he’s a Boston-based partner.

In particular, Dial has been digging into SB13 in Texas – a bill that requires the state’s comptroller, Glenn Hegar, to maintain a list of financial institutions that boycott the fossil fuel industry. State-backed investment funds will be forced to divest from the firms, while public bodies will be banned from contracting with them.

Dial has been working with a number of companies that were asked to outline their “pledges to environmental standards” and any company-wide or product-specific fossil fuel restrictions and policies. Off the bat, he says, the bill appears to have some issues.

“There are a few interpretive gaps, such that even if someone is generally refusing to do business with energy companies, they could say they aren’t ‘boycotting energy companies’ as defined in the statute,” he explains. For example, the text talks about boycotting a company because it “engages in the exploration, production, utilization, transportation, sale, or manufacturing of fossil fuel-based energy and does not commit or pledge to meet environmental standards beyond applicable federal and state law.”

“It has to be both,” he says. “So this could mean that if you refuse to do business with an energy company just because they are an energy company, you’re fine. That’s the kind of loophole that’s big enough to drive a truck through.”

Parts of the questionnaire sent to financial institutions also seem odd to Dial, especially the part that asks them whether they boycott energy, as defined in Texas law.

“It’s really unusual to ask for a legal conclusion without also requesting an explanation,” he notes. And he’s not the only one to question the language in the bill – Berkeley law professor Daniel Faber, recently described it as “poorly drafted”, adding that it “poses major implementation challenges, and is quite likely unconstitutional”.

“And of course, destructive to the planet. Except for all that, it’s a gem,” he concluded.

Dial agrees with a growing number of institutional investors who feel the legislative pushback against ESG is being driven by conservative ideals.

Dial describes the bill in Texas as “the petri dish” for similar rules being introduced around the US.

“If you take the laws that use the same language as the Texas law, and look at them through a strict technical lens, there’s lots of ways to say that any company – even one that does actually avoid doing business with energy companies – doesn’t ‘boycott’.”

The use of such language raises the question of whether the rules are intentionally slippery.

In his blog, Faber suggested the two sides could take their differences even further, with progressive states like California potentially imposing their own ‘counter-boycott’ – refusing to invest in or do business with any firm complying with the Texas requirements.

He also suggested the bill may fall foul of what’s called the “foreign affairs preemption” – the idea that the federal government has exclusive control over issues relating to foreign affairs.

“There are no geographic limits on the conduct that gets a firm on the Texas blacklist,” he pointed out, adding that the rule would appear to apply even if a European company asked its European suppliers to comply with EU climate laws.

“The Texas law, in its applications to foreign firms and foreign transactions, directly intrudes on foreign affairs and in fact is contrary to US foreign policy.”

Dial says that, despite the flaws, it’s unlikely that companies will push back against the bill in Texas.

“At the end of the day, they are laws that regulate which service providers the state can select – they do not require firms to act in any particular way,” he says. “Plus, the individual states have pretty wide power to do whatever they want and regulate their own conduct.”

In response to a request for comment on some of the issues raised in this interview, Comptroller Hegar’s office told RI: “We will not be commenting on how we are constructing our list until the list is complete and published.”