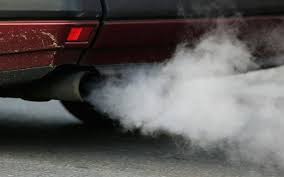 Volkswagen’s diesel emissions scandal has been a boon for lawyers on both sides of the Atlantic. It seems that not a day goes by without another media blast about a lawsuit from investors seeking compensation over the scandal. The latest blast was from German law firm TILP, which filed a claim seeking €3.3bn for 278 institutional investors from 14 different countries.

Having cheated on emissions tests in the US, it could be argued that VW only has itself to blame for all this trouble. Indeed, VW’s recent admission that people in the company knew about the rigging of the EA189 engine to pass the tests well before it was publicly disclosed has unleashed this latest wave of litigation. But one important fact getting lost amid the buzz is that VW will not have to defend itself against all these lawsuits. Rather, this is how the legal case against the German automaker will likely unfold.
Question: How many investors are suing VW over the emissions scandal and how much are they seeking in damages?

Answer: There are no exact numbers, but here in Germany several dozen lawsuits have been filed with a District Court in Brunswick, which is just southwest of VW’s home in Wolfsburg. Of these, there are three cases that have got the most attention due to the involvement of big international investors. They are: TILP’s lawsuit with 278 investors including US pension giant CalPERS; a suit prepared by international law firm Quinn Emanuel that has CalSTRS, another US pension giant, as a plaintiff; and finally a case made for 80 investors by German attorneys Nieding + Barth in cooperation with Robbins Geller Rudman & Dowd, a specialist in US class actions. The total figure for the compensation sought is not known. What is known is that TILP’s clients want more than €3bn, while Nieding + Barth seek around €2bn. Beyond this, there is €18bn penalty that the US government seeks for the emissions cheating as well as the cost of engine recalls. Analysts say that in a worst-case scenario, the cost of the scandal could reach €80bn.
Question: Will the Brunswick court have to rule on all these lawsuits?

The answer is no, as no court could handle such an immense caseload. The German justice system has therefore come up with a solution called the ‘Kapitalanleger-Musterverfahren’ or ‘KapMu’ for short. KapMu is German for pilot lawsuit, or what the US would call a class action. As all the lawsuits allege the same thing – namely that VW violated German securities laws by waiting too long to disclose the cheating – the court will simply decide which of them gets KapMu status. But, according to Klaus Nieding, Partner at Nieding + Barth, a ruling on KapMu may not emerge before the summer of 2017. This is because of the sheer number of lawsuits filed with the court.Question: How, specifically, does the emissions rigging relate to VW’s violation of German securities laws?

Answer: German securities laws (Wertpapierhandelsgesetz or WpHG) stipulate that companies must disclose to investors share-moving information in a timely manner. While VW admitted to the emissions rigging on September 22, 2015, the plaintiffs say the scam was known internally before then and the firm was obliged to report it under WpHG. In a statement dated March 2 this year, VW countered that although lower-level managers knew of the issue before last September, it wasn’t until that month that its management (and supervisory) boards were made aware of it. VW also says that in the few weeks before the admission, its management was certain that it was a minor US regulatory issue that could be settled for a few hundred million euros at most. No way did its management expect the maximum €18bn penalty the US government ultimately decided to pursue, VW adds.
Question: Is that a credible defence on the part of VW?

Answer: That will be for the courts to decide, but TILP has already attacked VW’s defence. The German law firm reaffirms that under WpHG, it was obliged to report the emissions rigging as soon as it was known internally. Indeed, VW admits that former Chief Executive Martin Winterkorn was informed of the emissions rigging in a memo dated May 2014. So why didn’t the company disclose the affair to its investors? VW replies that it cannot verify that Winterkorn actually read the memo. That’s why it stands by its claim that its top brass were not fully aware of what was going on.

Question: OK, where do things go from here?

Answer: VW’s defence from March 2 was a prelude to the results of a full investigation into the scandal being conducted by the US law firm Jones Day. The automaker says the results will be published in late April and has scheduled a press conference for April 28 to release its full 2015 results. The conference will be held in VW’s home base of Wolfsburg. On June 22, VW’s investors will gather in Hanover for what could be a tumultuous annual meeting. In terms of VW’s business, the scandal hasn’t dented it much. Porsche, its sports car unit, posted record sales and operating profit for 2015 while its financial services division earned nearly €2bn as its balance sheet expanded to €158bn. Also, sales of VW cars for the first two months of 2016 have been on the level of a year ago.