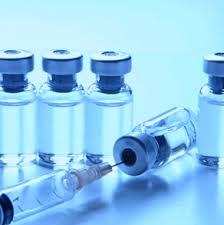 Institutional investors have joined governments and civil society to address concerns over how pharmaceutical giant Mylan is enabling state executions through the distribution of its drugs. The consequent mediation between the Netherlands-based firm and the Dutch National Contact Point (NCP) demonstrates how effective sustained, multi-stakeholder engagement with corporates can be.
At the end of September, the Dutch NCP – the national ‘outpost’ to fulfil OECD commitments – published an evaluation of its “productive” and “constructive” mediation with Mylan over the alleged misuse of its drugs in US state executions.

After two-years of dialogue, the under-fire pharmaceutical company has committed to a raft of measures to tighten supply-chain controls for drugs with potential ‘non-primary’ uses linked to capital punishment.

After two-years’ of dialogue, the under-fire pharmaceutical company has committed to a raft of measures to tighten supply-chain controls for drugs with potential ‘non-primary’ uses linked to capital punishment.
Prior to the mediation, Mylan faced several years of sustained multi-stakeholder engagement on the issue. It was targeted for engagement in 2014 by BNP Paribas Asset Management, after being identified as one of four pharmaceutical firms at risk of having its drugs co-opted for use in capital punishment. It is claimed Mylan had not, at the time, taken steps to publicly oppose the use of its medicines in lethal injections – according to the NCP report, it did this on 30 September 2015. And while many of its peers had introduced distribution safeguards to prevent this happening, Mylan’s measures were seen by BNP Paribas AM as inadequate.
The issue came to a head when it was discovered that one of Mylan’s drugs, rocuronium bromide – a paralysing agent commonly used as a muscle relaxant or surgical anaesthetic – was being included in some US states’ ‘three-drug’ lethal injection protocols.
As a Dutch-domiciled company, the issue was brought before the Dutch NCP in March 2015 by human rights lawyer, Bart Stapert, who alleged that the pharmaceutical firm had broken OECD guidelines, which state that enterprises – regardless of sector – should “seek to prevent or mitigate an adverse impact where they have not contributed to that impact, when that impact is nevertheless directly linked to their operations, products, or services by a business relationship”.
Upon investigation, the NCP concluded, in July 2015, that the matter “merited further consideration” and with the consent of both parties began mediation. The NCP saw the mediation as an opportunity to “clarify the OECD due diligence recommendations for the pharmaceutical sector”.
The issue was also raised in the Dutch Parliament in March, April and August 2015.
Subsequently, in a meeting with the company, the Dutch Ministry of Foreign Affairs outlined the county’s position on capital punishment and presented evidence that the US state of Virginia had medicines in its possession produced by Mylan.Later that year, Dutch public pension giant ABP announced that it had sold its shares – reported to be €9m – in Mylan in response to the situation. The fund, which had engaged on the issue since 2014 and reduced its holdings from €25m over the engagement period, ultimately said it no longer wished to own the company owing to its inadequate response to the concerns raised.
Other Dutch investors, such as PGGM, Robeco and NN Group, expressed concern, but opted to continue to engage on the issue. In the NCP’s Final Statement, a Robeco spokesperson is quoted saying it was “of the opinion that more can be achieved through dialogue than by ruling out investments”. “Robeco regards excluding investments to be the last resort that should be used only when all other forms of active shareholdership have not led to the desired result,” he added.
The mediation – described by Mylan as “beneficial to all” – concluded last April, with the company agreeing to implement the following measures:

1) The introduction of “a continuous monitoring process based in part on the sales data available to Mylan”.
2) The formalisation of a distribution policy, fully implemented with all customers, for products that could be used for lethal injections.
3) The formalisation of a “formal, internal written policy that details the operational steps that have been (and will be) taken to implement and ensure compliance with its restricted-distribution program”.
4) Mylan also contacted some US State officials informing them of Mylan’s position and the controls in place concerning the use of their products.

Speaking to RI, Roger Snijdewind, Senior Advisor for Responsible Investment at PGGM, commended Mylan’s “positive steps”, but caveated his enthusiasm by adding “of course, time will tell whether Mylan’s current controls will suffice”.
Mylan’s increased vigilance is reflected in its decision to add the drugs etomidate, midazolam and atracurium besylate to its list of products under restricted distribution, following the mediation. The move came in response to concerns that they too may be diverted for use in executions as US states seek alternatives in an increasingly controlled sector.
A spokesperson for Mylan told RI that “the process was beneficial to all, particularly in providing a forum for learning about and openly discussing the benefits of adopting enhanced controls and measures to ensure our medicines are not improperly diverted for non-medicinal uses”.
One consultant to the pharmaceutical industry on lethal injection issues, who asked not to be named, says: “The statement on Mylan’s work to protect its medicines from misuse by the Dutch NCP lays out the first detailed roadmap for investors concerned about the risks faced by companies in the pharmaceutical sector”.
Despite the Dutch NCP’s success though, the OECD’s NCP process has come in for criticism in recent months, with campaigners questioning the system’s effectiveness. Amnesty International has previously called it “not fit for purpose” while the OECD Watch group issued a critical report two years ago entitled, Remedy Remains Rare.