In a world of inequality, social unrest and climate change, business leaders and the investing community are calling for change. A few decades ago, the movement took the form of ESG investing, as asset owners were encouraged to align their capital with companies demonstrating higher environmental, social and governance standards. Today, the philosophy has incarnated as Stakeholder Capitalism. One year ago, the Business Roundtable put forth a clarion call for businesses to prioritise a wider set of stakeholders than shareholders, and proponents argue that it is already a roaring success.

“Stakeholder Capitalism is Working” claims Imperative 21, a prominent coalition of organisations dedicated to advancing stakeholder principles. The litmus of success, according to the site, is that the top 20% of companies ranked on Just Capital’s index of America’s most “just companies” have outperformed the bottom 20% on the same index by 4.7% through “the current bear market and the first signs of recovery.” Just Capital is a nonprofit, founded by Paul Tudor Jones II, Deepak Chopra, Arianna Huffington and others who advocate that capitalism can and should be a force for good.

While these efforts are laudable for many reasons, the success logic strikes me as strange.  Measuring a movement meant to deprioritise shareholder returns, by investor returns, is a circular reference. The entire raison d'etre for stakeholder capitalism is the notion that shareholder-first capitalism has failed to produce the kind of flourishing and equitable society we assumed that unbridled free-market economics would bring us. Measuring the success of stakeholder capitalism by increased profits for investors undergirds the exact paradigm it is supposedly trying to undo.

Similarly, ESG managers have built entire practices on the ‘do well by doing good’ argument, and are also now claiming that funds focused on environmental, social and governance concerns are outperforming traditional investment benchmarks during Covid-19. The thesis is that companies which score higher on ESG metrics are more resilient and better able to weather exogenous shocks like pandemics or climate disruptions. This argument has attracted even greater interest in the asset class, which saw record inflows during the recent crisis.

Measuring a movement meant to deprioritise shareholder returns, by investor returns, is a circular reference

Rather than lauding this supposed win for the industry, I find it troubling. While I am philosophically aligned with wanting to see more capital allocated to create a thriving, just and equitable planet, there are fundamental conceptual oversights in these movements that have yet to be resolved.

An underlying assumption baked into ESG and stakeholder capitalism investment theses is that when companies prioritise long-term goals like environmental resiliency and a wider set of stakeholders (like workers and suppliers), this will create long-term economic value, increased corporate profits, and increased investor returns.

The idea of value-creating companies securing their share of market success makes sense in a perfect world of free and unconstrained markets where price is, in fact, a source of true information about value creation. Yet, corporate and shareholder value have long become divorced from real economic value – particularly as industries have concentrated. Earning higher investing returns can reflect building more value, but it can also reflect value destruction through industry consolidation.

Markets are not free, as my co-author, Jonathan Tepper and I detail in our book The Myth of Capitalism: Monopolies and the Death of Competition. Waves of mergers and acquisitions since the 1980’s (when merger guidelines were relaxed in the US under Reagan), have led many industries to reach historic records of concentration, which Covid-19 is only further exacerbating. Now, many large incumbents are able to purchase distressed companies cheaply – as we’ve seen with the US technology giants who continue high levels of M&A activity, even while under investigation for antitrust violations.

Recently, the top five tech firms (Microsoft, Apple, Amazon, Alphabet, and Facebook) captured more than 22% of S&P 500 market capitalisation, signaling that more value is captured by fewer and fewer firms. Many ESG funds are overweight technology companies, and often include the tech giants in their top 10 holdings. This means that investors, including ESG investors, are primarily rewarded by industry consolidation, not long term value-creating companies.

Additionally, companies across industries are spending less on long term value creation: Despite record profits prior to Covid-19, publicly-traded companies have dedicated less cash to activities which provide real economic value: investing in workers, CAPEX spending and R&D. Investment averaged about 20% of corporate revenues between 1959 and 2001, but fell to only 10% between 2002 and 2015. Companies have, instead, used most of their cash on share buybacks and acquisitions. US firms spent the majority of the 2017 Trump tax cuts – a record-breaking total of over $806bn in 2018 – on stock buybacks.

The ongoing levitation of the S&P 500, despite some of the worst economic outcomes for Americans since the Great Depression, is indicative of corporate profits and financial markets becoming divorced from the real economy and real value creation.

All of this evidence means that we must fundamentally question the assumption that companies in ESG baskets or stakeholder capitalism equity indexes are inherently creating more value, because they presumably treat employees well and prioritise environmental concerns. This false narrative simply does not hold with the macroeconomic picture.

It is a great irony that investors benefit from this concentration of value, power and wealth that has left the US economy stagnant and unproductive while contributing to lower wages for workers, higher consumer prices and higher inequality – the very issues that much of the stakeholder capitalism proponents purport to want to solve. It is time to recognise and grapple with the reality that the interests of investors and the interests of society will sometimes be in tension. We should question assumptions of perpetual win-win dynamics.

Raising workers wages is one example. Wages often invert corporate profits as a leading indicator, because they are one of the largest costs for any business. Raising wages will inevitably eat into corporate profits (at least in the short term), and thus, investor returns and dividends. It is, however, worth considering that lower corporate returns in the short term could mean more stable returns for an investor over time due to lessened systemic risk from inequality; but these macrodynamics take years, if not decades, to bear fruit – and are not always linearly calculable.

A true prioritisation of other stakeholders may produce costs to shareholders, and companies should be prepared to occasionally be present losers in service of longer term benefits to society. Investors will need to make financial sacrifices for other stakeholders to truly benefit, and a reluctance to admit this holds ESG investors back from meaningful change.

Stakeholder capitalism proponents must be willing to sit with these inherent tensions and contradictions. They must also be willing to challenge corporate power, not simply create endless new product mixes that do not fundamentally question the second-order effects of the asset management industry in further concentrating wealth and power. The Predistribution Initiative is one organisation working with investors to explore these issues and work toward solutions.

To know that stakeholder capitalism is working to create a more equitable and just world, we will need to see measurable decreases in inequality (measured by the GINI coefficient or other indicators) and material outcomes against climate change. Recently, the American Economic Liberties Project, American Compass and the American Principles Project outlined metrics by which the Business Roundtable could also make good on its rhetoric of stakeholder capitalism in this joint letter.

Their recommendations included measuring improvement for workers by: decreases in the number of employees earning below a family wage of at least 200% the federal poverty line, meaningful increases in wage growth over the first five years of employment, and decreased ratios of non-supervisory employees to independent contractors. They also recommended looking at the ratio of company capital expenditure to shareholder distribution and tracking the ratio of political and lobbying expenditures to tax payments.

It is long past due to develop new metrics for measuring success and real economic value to society, many of which are underway and, in fairness, that the ESG movement has helped pioneer. However, we cannot allow these ‘woke capitalism’ approaches to represent “trickle down economics with a cherry on top” as Anand Giridharadas, author of Winners Take All, has said.

So, while I think that ESG investing, and its newfound cousin stakeholder capitalism, have done the world enormous good in pushing us to think more critically about the role of investors and companies in exacerbating key issues like inequality, climate change, and social unrest, it feels disingenuous, and perhaps even dangerous, to proclaim an uninterrogated view of win-winism as a marker of these movement’s successes. 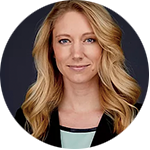 Denise Hearn is co-author of The Myth of Capitalism, Monopolies and the Death of Competition and a Senior Fellow at the American Economic Liberties Project. She advises companies, investors and organisations on ways to use capital to create a more equitable future. You can find her on Twitter at @denisehearn_