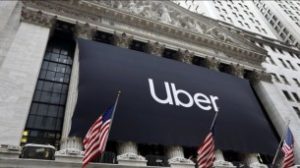 Investors don’t like drama. Unfortunately they had plenty of it last week with the botched Uber IPO. Originally touted at $44-50 a share, it was eventually priced at the lower end of the range, $45. But even this was not enough to underpin demand. The shares sunk on opening, and had soon lost 7% on their first trading day. Of history’s large IPOs (i.e. ones above $5billion) this is the first to close below its offer price on day one. Ouch.
What was behind this disaster? There was a lot going on last Friday. The market had general reasons to be dyspeptic, with rapid tweets being fired from the Whitehouse ratcheting up the US-China trade war. The valuation of Uber was certainly not easy, and while rivals fell with gusto on Morgan Stanley who handled the IPO, one had some sympathy for the bank’s dilemma. The question is – was there something lurking beneath the surface of the valuation? A long-standing discomfort with Uber’s ethics and governance that ultimately undermined the company.
In the days leading up to Friday’s debacle the chorus of disapproval was getting louder and louder. Uber was such a large private company (ultimately valued at over $80 billion) hailing from the fabled world of Silicon Valley, it was bound to attract criticism from New York traders. They disputed the valuation of this “unicorn” from the get-go. It had remained private for too long and the valuation had got too big. One commented to me “we need to inject some New York reality into the Silicon Valley mentality.”
The case against Uber highlighted the amount of money they are losing (more than $3 billion in 2018) eight years into their explosive growth. More importantly, most analysts struggle to get them into the black within five, or even ten years. Some observed they have “zero assets”, and “zero barriers to entry.” Lyft had demonstrated they could operate just as well, and the fight between the two companies was pushing prices ever lower. Lyft stock has plummeted since flotation.The case for the defence highlighted what Uber had achieved so far in growth ($50 billion of transactions a year has to be worth something). The fact that, like Google/Facebook/Apple, they had become a household name. Revenue was still growing at 36% per annum (quite an achievement on $50bn), and it was only the cost of their newer ventures – Uber Freight and Uber Eats which was preventing them being profitable. Indeed, these last two were the whole point. They would soon eclipse the ride-sharing part of the business.
These valuation arguments will no doubt continue to rage this week. All one can say for sure is that with such very large numbers involved, small adjustments to calculations in either direction can have big results on the bottom line. Any investor with more than five minutes experience has seen this time and again. Just recall the “Dot.com bubble” on the downside, Facebook’s initially rocky ride on the upside.
The question we must address though is whether past damage to Uber’s reputation had so sullied their brand (to investors rather than consumers) that Friday’s debacle was inevitable? Media coverage can sometimes be incredibly short-term, while investors’ memories are long. Uber was after all branded as a “shady company that does shady things” by Forbes, as recently as 2017.This was following the massive data breach of 2016 in which the company had covered up by paying hush money to the hackers, allegedly hidden from General Counsel, the board, and the shareholders.
Indeed, you would have to have particularly severe short term memory loss not to recall the ousting of Uber’s colourful founder, Travis Kalanick. Having been accused of overlooking sexual harassment allegations (57 of them), Kalanick was then caught up in a scandal around a Korean escort bar. It was Uber’s general approach to corporate governance that riled many of the institutions that had been pre-IPO investors. There was a feeling that Kalanick had stuffed the board with his supporters.

David Bonderman, former Uber board member and partner at private equity firm TPG, had to resign after he told fellow board member Arianna Huffington that women directors meant just “more talking”. Benchmark Capital Partners took the unusual step of not just agitating for Kalanick’s removal, but suing him personally to remove him from the board. When Kalanick eventually resigned as CEO he was replaced by the current incumbent, Dara Khosrowshahi (ex-Expedia). This event was leaked live from the board meeting, unusual even by Silicon Valley standards. There then followed a tussle between Kalanick and Khosrowshahi for control. Kalanick was not invited to ‘ring the bell’ on Wall Street when the company he founded was launched.
Of course many responsible investors are concerned about Uber’s ethics more generally. Apparently the company had a programme called SLOG (Supply Long-term Operations Growth) which encouraged employees to book rides with rival Lyft, and then cancel them at the last moment. There have been serious regulatory questions, particularly in many European countries, centring on the treatment of drivers and passenger safety. Although on this latter point, given the number of rides the company provides the data indicates Uber have no worse a record then their competitors.
Shortly before the IPO there was a strike by Uber and Lyft drivers to highlight their poor conditions. Last year the Economic Policy Institute estimate drivers make just $11.77 an hour. Because they are self-employedthey have no pension or health benefits which translates to just $9.21 an hour. This ignores cash tips (high in the States), and the company argues that the approach they have taken in France, teaming up with an insurance company to give drivers benefits could be the way forward.
But ultimately, this strike once more highlighted the central valuation question of Uber’s IPO. Will demand remain as high and fast growing as it is now if they raise prices (allowing them to make a profit, and the drivers a living wage)? Their “footfall” is huge – it was noteworthy that when London’s mayor threatened to ban Uber, hundreds of thousands of customers signed a petition against him within hours. Monetizing this and building on the new diversifications will be where the future of the company lies.
There is no question that Dara Khosrowshahi has done much to clean up Uber’s act in the two years prior to flotation. But it would seem two years was not long enough. As CFO Nelson Chai observed on Uber’s “Black Friday” – “the story is going to be written over time.”