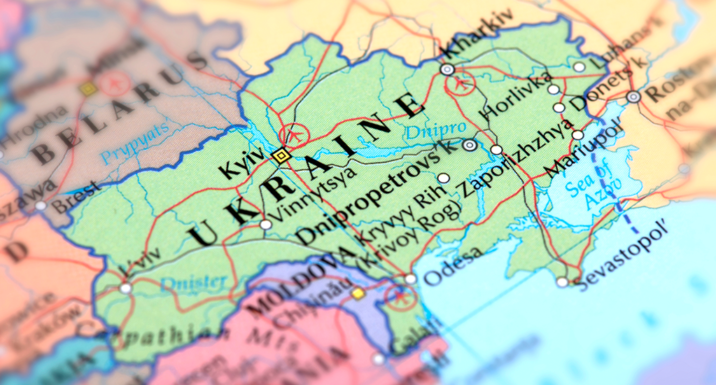 Russian actions in Ukraine have provoked outrage from leaders around the world who are working out their response to the invasion, which is likely to include a host of sanctions. The UN’s Secretary General, António Guterres beseeched President Putin “in the name of humanity” to stop its attack on the Ukraine.

But what should – and can – responsible investors do in response to such an offensive?

According to Giles Coghlan, Chief Analyst at UK brokerage firm HYCM, the financial impact of the event is likely to be limited:

“Should investors be worried? As sad as the human cost is during this event, financial costs tend to be limited. A glance back at some of the gravest world events in recent history reminds us of this – the bombing of Syria in 2017, the US withdrawal from Afghanistan and the North Korean Missile crisis, for example, show us the market reaction to these events can be surprisingly mild”, he said.

And yesterday, the FT reported that exchange traded funds (ETF) focused on Russian equities took in a net $89.5m in the week to Monday, which equates to a third of the net flows so far this year.

However, the conflict is firmly on the industry’s radar.

Pia Haak, CIO at Swedbank Robur, told RI: “Like everyone else, we take the current geopolitical situation and its impact on the financial market very seriously. Here and now, we put full focus on following developments closely and carefully.”

A spokesperson for NN Investment Partners said: “We are of course closely monitoring the situation in Russia / Ukraine, but today our focus is really on making sure our clients have comfort about the situation.”

In a blog post, Johanna Kyrklund, Group Chief Investment Officer and Co-Head of Investment at Schroders, wrote: “We’re all shocked and saddened by events in Ukraine. Although we are talking here about the impact on markets, we acknowledge first and foremost that this is a human crisis with potentially awful consequences for millions of people.”

For Sam Jones, President at the Heartland Initiative: “Companies and their investors must urgently consider: where their direct and value chain operations are taking place in Ukraine and Russia, who are their value chain partners in terms of Russian state or affiliated companies participating in or financing the conflict, and how their products and services may be causing or contributing to human rights harms in Ukraine.”

“More broadly, companies must recognize that Russia’s attack on democratic Ukraine is merely the latest and most egregious example of the rising tide of authoritarianism and a 16-year decline in democracy worldwide. Companies and investors have a responsibility to respect rights by putting into place robust policy and practices that address the heightened risks of doing business in areas affected by conflict,” he added.

Some investors have already pulled the plug on Russia.

Yesterday, RI reported that P+, PBU and Pensiondanmark had ditched their government bond holdings in the nation and today Pensiondanmark confirmed to RI that they had sold all “companies in which the Government has deciding influence.”

Whilst earlier in the week, fellow Danish pension fund AkademikerPension told RI had placed Russia in “investment quarantine”, meaning it will make no new investments in government bonds or state-owned firms.

RI also understands that another European pension fund will likely make an announcement about divesting and excluding Russia in the next 24 hours.

When it comes to other conflict zones – such as Myanmar and Occupied Palestinian Territories – the last twelve months has seen a raft of investor engagement, and in some cases divestment.

Returning to Ukraine and Russia, Fitch Ratings pointed to a recent blog – published prior to the invasion – which said: “heightened risks around an invasion of Ukraine underline the potential for measures with a larger sovereign credit impact, such as preventing banks and corporates from transacting in dollars or accessing the international payments system, or broad-based energy market sanctions disrupting exports.”

Against this backdrop, we want to hear from you. What can or should investors do in response to conflict in Europe. To tell us your thoughts, which can remain anonymous, please reach out to edit@responsible-investor.com.