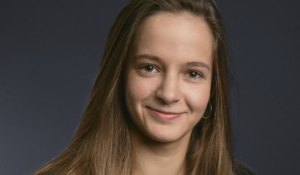 To view more coverage of the upcoming changes to EU policy as part of the Action Plan on Sustainable Finance, sign up for a free, no-strings trial to Responsible Investor.

For one week only, RI reopens its ‘The EU Action Plan: What Matters To Me’ series, providing insights from market experts on the implications of the EU Action Plan on Sustainable Finance. Today, Soline Ralite from climate think-tank 2°Investing Initiative argues that policymakers should ditch the concept of a Green Supporting Factor in favour of one focused on Sustainable Improvement Loans. You can hear directly from the European Commission and the Technical Expert Group in our dedicated Action Plan webinar series here.

Since it was first proposed by the European Commission’s Vice-President for the Euro and Social Dialogue Valdis Dombrovskis, the idea of introducing a Green Supporting Factor (GSF) under capital requirement frameworks has provoked a wide range of reactions in the financial sphere. While the supporters of the GSF argue that adjusting capital requirements for ‘green assets’ would incentivise banks to lend to ‘green’ activities, the idea has been met with significant criticism from academia, financial supervisors, and civil society organisations.

A GSF would threaten European financial stability for nothing, they say. First problem? A GSF may reduce the resilience of the financial system by encouraging riskier lending practices. To overcome this problem, supervisors would need to make sure, when implementing the GSF, that all the eligible green assets are proven to be less risky than non-eligible one – a daunting task, but also potentially a vain one, considering that a GSF might not deliver the expected sustainability impact. As a result, previous analysis on the potential effects of a GSF suggest that the impact – in terms of cost and availability of capital – could be similarly muted to that of a similar policy initiative called the SME Supporting Factor.
To answer these concerns, some suggest that a Brown Penalty Factor (BPF) should be introduced instead of the GSF. A BPF would indeed be aligned with the risk-based nature of capital requirement frameworks and erroneous adjustments would only increase capital requirements, thus preserving financial stability. All good then? Yes, in theory, but in practice a brown penalty approach would likely trigger a general outcry from carbon-intensive sectors and banks lobbying against increased capital requirements, making the policy very difficult to implement.
There might be a better way: Sustainable Improvement Loans (SILs). SILs are loans, usually revolving credit facilities, whose interest rate is partially adjusted depending on the evolution of the borrower’s sustainability performance. The first major loan of this kind was subscribed by Royal Philips, a health technology company, who agreed in April 2017 to a revolving credit facility agreement with a margin linked to the company’s sustainability performance improvement, as measured by Sustainalytics’ ESG ratings.More recently, in February 2018, Danone subscribed a €2bn loan with an adjustment of margins every 12 months based on average ESG scores (as measured by Sustainalytics & Vigeo-Eiris), and its transformation to a B-Corp Certified Group.
As opposed to a GSF, introducing a supporting factor on SILs could satisfy both the objective of using capital requirements for risk reduction and the objective of shifting capital towards improving the sustainability outcomes. Here is why.
Contrary to a GSF, which would require a taxonomy for ‘green assets’ to be built, as well as evidence that these assets are related to lower credit risk, a supporting factor for SILs would incentivise a process – a tailored risk management procedure – rather than an empirical, historical risk differential. The key assumption is that banks would only decrease a loan’s interest rate if they believe that its probability of default is lower than loans with a higher interest rate. They would hence only offer SILs that have been designed to incentivise a reduction in sustainability risks which are material to the borrowing company. This allows for a much more tailored risk mitigation process than building a top-down taxonomy of eligible assets. Yet, in order not to leave this risk management process entirely up to the bank, and to ensure that the policy doesn’t threaten financial stability, a minimum set of sustainability criteria could be set. These minimum standards could be relatively broad however, and simply require a consideration of ‘materiality’ of the criteria. For example, a science-based target related to climate outcomes could be financially material for companies in high-carbon sectors but is unlikely to be financially material for a clothing company. In that vein, banks that can evidence sustainability risks associated with a criterion could also submit their criteria for consideration, with an independent group or the supervisor directly validating these on a continuous basis.
Regarding the objective of delivering sustainability impact, there are a number of advantages associated with Sustainable Improvement Loans. Their major strength? These loans are of interest for both sustainability leaders and laggards, as the financial incentive may be tailor-made, either based on how the company compares to peers; or on the company’s progress, no matter its starting position. The instrument incentivises sustainability action rather than rewarding past behavior. Also, unlike other green finance instruments such as green bonds, SILs generally do not set a requirement on the use of proceeds. Instead, they tend to focus on broader sustainability performance indicators at company level. Hence, by calibrating the capital requirement adjustments on such products so that they offset the profitability losses associated with a reduced interest rate, supervisors could foster their development and thus ensure that sustainability outcomes are delivered.
Adjustments of capital requirements on SILs have a number of advantages relative to the current policy initiatives – notably the Green Supporting Factor under discussion: they would foster the development of products that have precisely been designed to deliver sustainability outcomes, while keeping the overall financial stability risk in the market constant. While these elements speak for the instrument, of course it only works if the right set of criteria are defined and the scope of application is constrained. Given these however, it portends significant promise.

Soline Ralite is an Analyst at 2°Investing Initiative.