Responsible Investor
Home Hot Topics ‘This moment in time provides a unique opportunity’: Can the US catch...
Return to search
Institutions 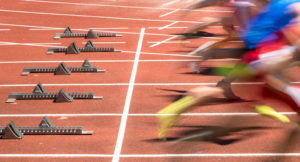 Gary Gensler, the new Chair of the US Securities and Exchange Commission, confirmed yesterday that he will table proposals for climate risk disclosure rules in the second half of this year.

It’s a big move, and one that follows even more ambitious comments from Gensler’s colleague John Coates recently. Beyond developing national expectations on climate reporting, the SEC’s acting director for corporate finance said the regulator “can and should play a leading role in the development of a baseline global framework” for broader ESG disclosures.

The US fund industry is getting behind the agenda too. Yesterday, Eric Pan, head of influential trade association the Investment Company Institute (ICI), dedicated his entire annual president’s address to climate disclosure. In it, he welcomed efforts to “help fund managers make informed investment decisions on behalf of fund shareholders”, but warned: “The task before the SEC is by no means easy”.

The US will be left behind if it doesn’t move fast, though. The EU’s high-profile moves to set standards for ESG disclosure kicked off years ago, as did China’s. And the pair are making a concerted effort to coordinate their frameworks, forming a strong centre of gravity for the rest of the world, and making it hard for new entrants – even ones as big as the US – to go their own way. Last month, for example, the European Commission released long-awaited details of its climate taxonomy on the same day as the People’s Bank of China released an updated version of its equivalent ‘green catalogue’, which saw it more closely align with Europe on fossil fuels.

But Wellington Management’s Director of ESG Research, Carolina San Martin, says that when it comes to the US, there is a key difference in expectations: “The US and Europe are developing their disclosures differently. In Europe, the taxonomy has developed with the intent to drive capital allocation in a certain direction; to address climate change and other sustainability issues. The SEC is now focused on ESG disclosure more than ever, but they are not trying to make capital allocation decisions for the market. What they are trying to do is to give better information to investors so they can make informed decisions about where to put their capital.”

As it stands, the global disclosure landscape remains “complex, inefficient and costly for both issuer and investors,” continues San Martin. In the US, simply having a reporting standard would be a much-needed step forward.

In his speech, Coates suggests that a combination of mandatory and comply-or-explain rules could be adopted, insisting that “we should not view ourselves as forced into a stark choice between voluntary and mandatory disclosure”. He says the SEC needs to strike the right balance between taking a looser, principles-based approach, and defining rigid metrics to capture the right information.

San Martin agrees with this flexibility, saying that a clearly-defined, prescriptive approach required by all companies “would clear up a lot of confusion and make it easier for issuers to meet requirements”. But more flexible, principles-based disclosures would encourage forward-looking information. For example, while the Sustainability Accounting Standards Board offers a way to calculate emissions consistently, she continues, the TCFD has a forecasting component to its recommendations. “It would be good to have a safe harbour to talk about the future,” she added.

On the role of prescriptive standards, ICI’s Pan is less nuanced, calling for an exclusively principles-based framework.

“Given that we are still in the nascent stages of understanding the impact of climate change and the transition toward a lower-carbon economy, it is critical that any approach to public company disclosure can keep pace with new scientific evidence, market changes, and technological innovation,” he said. “Principles-based architecture offers flexibility while enabling the SEC to set the necessary rules of the road to ensure that public companies provide reliable, consistent, and comparable information to investors."

Intel, for example, allows investors to choose which sustainability frameworks they want data on, click a button online and generate a report.

Travelers has a series of comprehensive reports and summaries, as well as separate SASB and TCFD disclosure reports and what it calls ESG Analyst Data. According to ICCR, it provides a lot of staff support for the disclosures. But it also breaks down the data into smaller modules such as cyber risk, disaster preparedness, ethics and values, and human capital.

These 'issues of importance' will, inevitably, vary between sectors and companies, depending on what is likely to be financially material to their operations. This question of how to ensure companies report important information while simultaneously protecting them from unnecessarily spending money and time disclosing irrelevant information is one of the longest-standing challenges for standard setters, and one that San Martin wants incorporated into any future proposals.

“The materiality standard is already reflected in existing SEC disclosure rules,” she notes, “but what is missing is specific guidance on what is material for each industry and how companies should make these disclosures to their investors, so consistency is hard to come by.”

Both San Martin and Pan acknowledge that materiality is a dynamic concept, so pinning it down will require some clever thinking.

“From an investor’s point of view, financially material information from a company is necessary to make informed investment decisions about the company,” said Pan in his speech yesterday. “[But] what is considered material can and does change over time. It is in this context that materiality should be viewed.”

“So, what is considered not financially material a decade ago – and thus did not need to be disclosed by a public company – may very well be financially material today, triggering the need for more fulsome disclosure. This is likely the case with climate risk, where the market is recognising the link between a company’s sustainability and its performance.”

On the development of a global standard, Pan echoed recent comments from Coate’s at the SEC, who welcomed attempts by the International Financial Reporting Standards Foundation to create a ubiquitous set of expectations on ESG disclosures. Last week, the Foundation’s board moved forward on that project, confirming that they will focus on climate change as a starting point.

“In the first instance, arguments in favour of a single global ESG reporting framework are persuasive,” said Pan. “ESG problems are global problems that need global solutions for our global markets. It would be unhelpful for multiple standards to apply to the same risks faced by the same companies that happen to raise capital or operate in multiple markets.”

However, he warned, establishing such a framework  is complicated.

“Funding, governance and public accountability are all critical elements of a reliable, trusted disclosure system. Funding needs to be reliable and adequate, both now and over a reasonable time period into the future… Governance needs to ensure the independence and expertise of any individuals involved … [and] those involved should be accountable to relevant constituencies, including investors and companies.”

“By seeking to address those considerations adequately and transparently, the SEC can and should play a leading role in the development of a baseline global framework that each jurisdiction can build upon to address its individual needs.”

Such a baseline is currently being developed by the International Platform on Sustainable Finance – a group of jurisdictions led by the EU and China, that is creating a ‘common ground taxonomy’. The US is notably not a member of that group yet.

“Given that ESG disclosure standards are still being developed by financial market regulators around the globe, this moment in time provides a unique opportunity for the SEC to coordinate with other jurisdictions and drive harmonisation of standards, which would benefit both issuers and investors here in the US.”