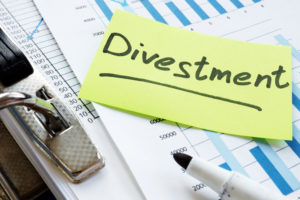 Hundreds of members of US retirement fund TIAA – including climate activist Bill McKibben – have filed a formal complaint with the UN-supported Principles for Responsible Investment (PRI) asking it to investigate alleged “systematic” ESG failures by the trilllion-dollar fund and its subsidiary Nuveen.

In the complaint, which was released today and is addressed to the PRI’s CEO David Atkin and chair Martin Skancke, they allege that TIAA’s “substantial investments” in fossil fuels and deforestation violate the fund’s own climate pledge and commitment to the PRI’s six principles.

“We respectfully request the PRI board to urgently evaluate TIAA/Nuveen’s implementation of its commitment to the PRI principles in light of the factual information and analysis provided in this complaint,” the members wrote.

According to the 77-page document, which is supported by the TIAA-Divest! campaign group, TIAA is the fourth-largest bond holder across the coal value chain. This includes more than $91 million of bonds issued by Adani, the conglomerate that owns the controversial Carmichael coal mine in Australia.

Overall, the members allege that the fund has at least $78 billion invested in fossil fuels.

They are calling on TIAA to establish a moratorium on new fossil fuel investments, divest existing fossil fuel holdings by 2025 in line with a 1.5C pathway, and stop investment linked to deforestation.

“TIAA and the responsible investment community risk undermining their credibility if they fail to rapidly transition their investments away from fossil fuels and other high-emitting sectors,” said Hana Heineken, senior attorney at the Centre for International Environmental Law, a supporter of the complaint.

TIAA published its first climate report in December and earlier that year made several net-zero pledges, including a 2050 one for its $280 billion insurance investment account.

A TIAA spokesperson told Responsible Investor that the fund takes sustainable investing seriously. “Sustainability is integral to our investment process, essential for long-term investment success, and aligns with our corporate commitment to manage the risks associated with climate change,” they wrote.

“Our view is that broad divestment from fossil fuels does not offer TIAA an optimal way to influence the policies and practices of issuers we invest in, nor is it the best means to produce long-term value for our investors and other stakeholders.

The complainants, however, questioned the value of “indefinite engagement” with big emitters. “TIAA/Nuveen has publicly dismissed divestment as an investment strategy but has failed to demonstrate meaningful climate impacts through its preferred strategy of indefinite engagement,” they claimed.

They are urging the PRI to “investigate and address both TIAA/Nuveen’s irresponsible investments and systematic greenwashing practices”.

Should TIAA/Nuveen fail to act on the issues raised in the complaint, the members request that the PRI board “use the full range of administrative options at its command, including delisting, in order to preserve the principles of PRI”.

The PRI’s serious violations policy gives its board the right to terminate a signatory’s membership, by way of majority vote, if it believes the behaviour of the signatory “puts the integrity of the initiative at risk”.

A spokesperson for the PRI told RI that it is a “big tent organisation”, committed to encouraging and engaging with investors to integrate ESG factors. They added that the PRI “is not responsible for – nor can it monitor – every individual investment or activity” in its more than 5,000 signatories’ portfolios. “They must be monitored by the investor, in line with their own investment beliefs, investor duties, commitments and policies.”

RI understands that the PRI will review the complaint under its existing policies.