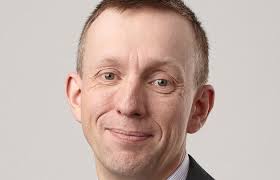 Tim Dieppe, fund manager and partner at the WHEB Listed Equity business and fund manager of the WHEB Sustainability Fund, is retiring in April to take on a role in Christian ministry.

Dieppe was a key member of the SRI team that was made redundant by Henderson Global Investors in late 2011 – along with George Latham and Seb Beloe and others.

The multi-thematic global equity fund he runs is modelled on Henderson’s Industries of the Future fund, which Dieppe ran from 2005-2011. All told, the team has £120m under management as at the end of last year.

Going forward, the fund will be run by Ted Franks, the WHEB partner, who has been co-manager with Dieppe for some time. Franks has been with WHEB since 2009 and was a member of the original team that launched the Sustainability Fund in June that year.

Dieppe, who has a degree in Mathematics with Computation from Oxford University, has been studying theology and will devote himself to Christian ministry. He sits on the advisory group of the Westminster Theological Centre, an evangelical group whose directors include former Zurich Insurance executive Chris Gillies. He’s also actively involved with the Trinity Church in north London.The team’s external advisory group includes Jamie Arbib, the founder of grant-maker Tellus Mater and Clare Brook, the WHEB co-founder and ex-Henderson SRI head who’s now Finance Director of the Blue Marine Foundation.

Also on the panel are Geoff Hall, the former Allianz Insurance CIO and Nick Robins, the former Head of the Climate Change Centre of Excellence at HSBC who is Co-Director of a UNEP Inquiry into the Design of a Sustainable Financial System. Rounding out the group are Phineas Glover, Senior Advisor at the Investor Forum, and Rachel Crossley, the SRI industry stalwart currently involved with the Global Impact Investing Network and the Access to Nutrition Foundation.

Separately, WHEB’s private equity group has been bought out by management and rebranded. WHEB Partners has become Alpina Partners; it has also announced the final closing of its latest fund, a €140m offering.