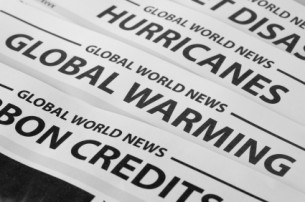 Institutional investors should now be putting money into carbon markets if they believe in their long-term prospects, according to the preliminary findings of The London Accord, the largest ever private-sector investment research project into climate change. The project says market activity and government measures could produce carbon prices in the range of €30 to €40 per tonne of CO2 – a significant rise from approximately €20 per tonne today. The report says investment portfolios can be constructed that produce attractive financial and ‘carbon returns’ at those levels. In addition, the report says traditional energy investment is going to become much riskier due to greater uncertainty over the pace of technological development, higher and more volatile prices for oil and gas, and uncertainty about the mechanism for the pricing of greenhouse gas emissions. According to the project, private sector investment will be crucial to climate change solutions because it already represents 86% of capital in energy supply, according to the United Nations Framework Convention on Climate Change. It says much of the future capital for climate change solutions will come from pension funds and asset managers, who rely on analysis by the financial services sector for their investment decisions.
Analysing some of the biggest investment prospects within climate change, The London Accord says forestryis still a big unknown. It says there is a need to narrow the range of credible estimates for the real extent of carbon abatement potential and the real costs of forestry projects which mitigate greenhouse gas emissions. It says investment in “efficiency gains” such as better house building and energy conservation continue to show great potential for financial and carbon returns but need further behavioural incentives such as government regulation before they can meet this. Significantly, however the report says that carbon capture and sequestration/storage (CCS), which is used to extract carbon from the burning of fossil fuels, is an unrealistic investment at prices for greenhouse gas emission allowances below $45 per tonne (approximately €32/tonne). Marc Levinson, analyst at JP MorganChase, who carried out the financial analysis of carbon abatement projects, said CCS technologies will fail to play a major role in stabilising CO2 concentrations in the next two decades due to lack of price signals, missing technology and absent regulatory and legal enablers.
The London Accord, which is an “open-source” research project, will have its full launch on December 19 and is supported by some of the world’s biggest financial institutions including Morgan Stanley, JP MorganChase, Barclays, ABN AMRO and Merrill Lynch.Click here to read The London Accord