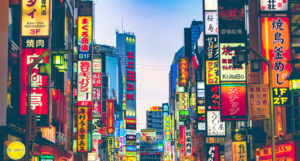 The Tokyo Metropolitan Government will provide financial support to cover the expenses of foreign green finance-focused fund managers and service providers who want to expand to Tokyo, according to plans unveiled on Friday.

The move is intended to accelerate the growth of Tokyo’s green finance market, and improve the sharing of ESG expertise in the city in collaboration with local universities.

Eligible companies include asset managers with investments in ‘green’ companies and green bonds, and financial service providers with ESG, green or impact-focused products.

The city will provide each successful applicant with a maximum subsidy of ¥50m each, approximately $0.5m, for the first year and technical support including public relations advice, business consulting services and support for financial licensing.

A maximum of five companies will be selected by for the subsidy scheme, to be announced in November, with funds to be disbursed by March 2022. The Tokyo Metropolitan Government is accepting applications until November 19.

Separately, Tokyo is pursuing a bid to host an initiative developing global sustainability reporting standards. The new framework – expected to underpin global consensus on how to report on ESG issues – is being overseen by the International Sustainability Standards Board (ISSB) which was set up by accounting body the International Financial Reporting Standards (IFRS) Foundation.

The launch of Tokyo’s grant scheme comes in the same week that the Japanese government presented plans to invest its foreign currency reserves in ESG assets during a meeting of G20 Finance Ministers and Central Bank Governors in Washington.

Finance Minister Shunichi Suzuki said that he expected Japan was the first G7 country to have launched such an initiative.

According to its Ministry of Finance (MOF), ESG factors will be integrated into the investment decision-making process of Japan’s $1.3trn foreign reserves – considered the world’s second largest after China – and is expected to result in an increased allocation to ‘ESG bonds’.

Management of Japan’s foreign reserves, held in the Foreign Exchange Fund Special Account (FEFSA), is overseen by the MOF itself, but the Ministry said it would look into “accumulating [ESG] expertise including through outsourcing”.

The move is aimed at “strengthening risk management” of FEFSA and will not affect its overarching aims of “safety, liquidity, and profitability”. The MOF said it expected that “similar initiatives” by other countries will be “accelerated” as a result.