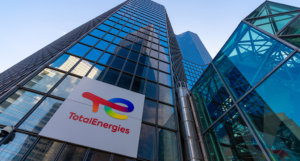 Companies in the energy sector have been at the centre of investor attention over their activities in Myanmar, with engagement set to ramp up this year, RI understands.

In February last year, the nation was subject to a violent coup led by its military, which resulted in democratic institutions and processes being shut down, media outlets closed, elected political leaders arrested, pro-democracy protests suppressed, and civilians killed. The junta’s actions have been met with international outcry, with sanctions being implemented by foreign governments.

It has also triggered a raft of investor action, including engaging with companies operating in the country, as well as some divestments.

Energy and oil and gas majors have found themselves under the microscope of responsible investors since engagements kicked off on the situation in Myanmar, and RI understands major efforts are ongoing and could ramp up this year with companies including TotalEnergies (Total), Chevron, and Eni.

Sycomore Asset Management has, alongside 35 other investors and several NGOs, been engaging with Total since July, Anne-Claire Imperiale, Deputy-head of ESG research at the French investor, told RI.

‘It is a very demanding situation for Total given the various considerations, but it is crucial that Total follows the developments and assesses the necessary measures and the implications of ceasing operations’ – Kiran Aziz, KLP

The French oil giant is a major producer of natural gas in the country that has faced allegations that revenues from its activities have helped fund the military controlled government through a joint venture with state-owned Myanmar Oil and Gas Enterprise (MOGE). Total says on its website that it has suspended dividend payments from the Moattama Gas Transportation Company (MGTC), which it operates with MOGE. NGO Justice for Myanmar said at the time it cautiously welcomed the decision but noted that “this is only a minor portion of the revenue that the junta is receiving from Total’s operations in Myanmar, which also includes the state’s share of gas revenues, royalties and corporate income taxes”.

This is a key area the investor group is focusing on. Imperiale explained investors are concerned  “that revenues from Total activities may continue going to MOGE and thus contributing to finance the military forces, so we are asking for disclosure on this”.  Kiran Aziz, Head of Responsible Investments at KLP Asset Management, another investor involved in the initiative, told RI it is important for the investor to understand the oil and gas giant’s relationship with MOGE and transparency about any related payments.

In the first letter the group sent to Total, four key expectations were outlined:

The investors received a written answer from Total to its first letter in December, and have subsequently followed up with a second letter. In 2022, Imperiale hopes that the engagement will become more of a dialogue.

A Total spokesperson told RI: “We can confirm that the discussions are regular with our investors and shareholders regarding the issue […] We have respected our engagements, for example, our commitment to transparency.”

Total has also decided to discontinue its projects and drilling in Myanmar, but said on its website it cannot currently stop their remaining activities in the Yadana gas field because it believes that would leave its workers vulnerable to forced labour, and would interrupt the energy supply to neighbouring Thailand.

Regarding an escrow account, it says on its website: “We have considered putting the monthly taxes into an escrow account instead of paying them to the Government, but such non-payment would expose our affiliate's management to arrest and imprisonment.”

Meanwhile, it has stated it will comply with any decisions that may be taken by international and national authorities, including sanctions.

Imperiale also highlighted areas of progress: Total has enhanced its disclosure on taxes and has also donated to NGOs working in Myanmar.

But Imperiale and Aziz are both concerned the actions might not be sufficient. Aziz said: “It is a very demanding situation for Total given the various considerations, but it is crucial that Total follows the developments and assesses the necessary measures and the implications of ceasing operations.” None of the two had yet considered escalations such as shareholder resolutions or divestments, but said these remain options if the dialogue isn't constructive.

Danish pension funds PKA and PFA also confirmed they are engaging with Total on the topic.

Alongside Total, KLP’s Aziz told RI it is engaging with other oil and gas giants including US Chevron and Italian Eni as part of its involvement in the €3trn investor engagement group on Myanmar, initiated by Norway’s Storebrand Asset Management, US-based Domini Impact Investments and advocacy group Heartland Initiative last June.

Chevron is also a target of engagement of faith-based investor Azzad Asset Management over its operations in Myanmar.  A spokesperson for Azzad explained: “The dialogue is currently open. Of course, we remain concerned about the consequences of their investments in Myanmar.”

Chevron's website states it supports Total in discontinuing new investment in Myanmar, but continuing to  produce gas “to meet the needs of the people and businesses who rely on it.”  The oil and natural gas firm also supported the decision to suspend payment of monthly distributions to shareholders and said it will comply with sanctions.

In response to the investor engagement, a Chevron spokesperson told RI: “Chevron values the on-going dialogue with stockholders on this critical issue.”

Italian oil and gas giant Eni, which is also the subject of engagement by Danish pension fund P+, pointed to its website when contacted by RI, which states it does not have any ongoing operation activities in Myanmar. The company says its exploration activities do not provide revenues to Myanmar authorities. “Eni hopes to see a quick settlement of the current situation based on dialogue and reconciliation in the interests of the Myanmar population.”

Taking on several energy companies solo is BMO Global Asset Management. The London-based investor is currently in dialogue with Total and Eni as part of its independent engagement with nine firms on their activities in Myanmar. A spokesperson told RI it is also supporting engagement with three companies across the information technology and consumer staples sectors as part of the €3trn initiative, but declined to name these.

Lorraine Hau, Associate ESG Analyst at BMO Asset Management, wrote in a note last month: “Companies in the consumer-facing sectors have not been responsive to outreach, whereas the energy sector has generally been more responsive.”

Moving forward the BMO spokesperson told RI it will engage with the targeted companies “to understand the evolving impact of their operations and stakeholders on the conflict and vice versa, focusing how companies can avoid complicity in human rights abuses and abide by international standards.”

The spokesperson added that although responsible exit plans by companies active in the country have not yet been discussed, they will be explored going forward. “We will continue our engagement with companies in order to understand whether they are considering an exit and, if so, to do so responsibly. This means conducting human rights due diligence, including local stakeholder engagement, on the impact of a company’s sale to understand and mitigate the externalities arising from an exit.”

On whether the engagement activities could be escalated, the person said: “We do regularly assess progress against our expectations and escalation is always an option.”