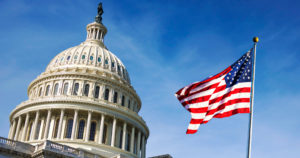 More than 20 pension funds and insurance companies have joined the Net-Zero Asset Owner Alliance – the latest climate-focused investor initiative, launched last year – and in doing so, pledged to decarbonise their portfolios by 2050. But there’s one big caveat: the commitment is made “in the expectation that governments will follow through on their own commitments to ensure the objectives of the Paris Agreement are met”.

As part of this alliance, members advocate for and engage on public policy that supports a low-carbon and just transition. But how are those efforts ramping up as investors set decarbonisation targets that depend on a transformation of the real economy – and as the world is gripped by a pandemic?

What investors are asking for

Johanna Köb, Head of Responsible Investment at Zurich – one of the AOA’s co-founders – says that conditions must change for investors to be able to fully decarbonise their portfolios. “And those conditions are really the composition of the real economy.”

She says the Swiss insurer’s number one ask of governments is correct pricing signals. “We're fundamentally mispricing a lot of the risk. Hence market structures aren't really working, because markets aren't doing what they’re best at, which is allocating capital to market players at the right price.”

“And this is really where politics comes in: making sure that it helps markets by correcting this fundamental mispricing. This means phasing out fossil fuel subsidies and phasing in economically viable, socially just, well-communicated carbon pricing, to really create market truths.”

“We ask states to have ambitious Nationally Determined Contributions (NDCs) and that they ramp them up,” she explains, referring to the official decarbonisation targets set by countries as part of the Paris Agreement, secured at COP21 five years ago. “COP26 was supposed to be the first ratchet-up mechanism after Paris. Existing NDCs would limit warming to about 2.8 degrees above pre-industrial levels, and even then a lot of states aren’t on track.”

Köb says the NDCs really come into play to encompass emissions that aren’t covered by the market, like those from land use and state-owned enterprises – particularly oil & gas.

“Our analysis really confirmed how important NDCs and states are as players for climate change mitigation, but also what regulatory fixes we need to create that level playing field that is price consistent.”

As it stands, though, the AOA doesn’t have a formal mechanism for collaborative policy engagement: “The alliance was established in September, so we're kind of working through our strategies and specific action items. And as they come out, we will communicate about it as an alliance,” Köb says.

Rachel Ward, Programme Director for Policy at IIGCC, who helps coordinate policy work across the Investors Agenda, echoes Köb’s policy asks, adding that, as well as wanting scaled-up ambition from the NDCs, they should also be designed “in an investable way, where you can start to drill down across different specific policy areas and sectors to look at what the transition means and what signals investors can take from that.”

The Investor Agenda is perhaps best known for its annual Global Investor Statement to Governments on Climate Change, which makes requests on policy to national leaders. Last year, 631 institutional investors – managing more than $37trn – signed the statement. This year, in light of the COVID-19 pandemic, the Investor Agenda plans to release a second statement focusing on the importance of a sustainable economic recovery from the current crisis.

Kirsten Spalding, who leads investor practices initiatives for Ceres, says: “There will be a very clear focus on what it takes to rebuild the economy and make sure workers and communities get assistance, and how to make sure that long term recovery puts us in the right position for a low carbon economy future.”

The annual investor statement on climate change will be deferred until a new timetable for COP26 is put in place “and the broader implications of the pandemic are better understood”, IIGCCC’s Ward says.

As well as signing the global statement, the Investor Agenda and its sister networks ask members to support workstreams to develop more granular policy positions; showcase the positions, for example through the media, consultation responses, and speaking at key events; to engage directly with policymakers to help them understand “what signals investors take from policy measures and how that impacts investment decisions – where often we find, particularly for policymakers on the real economy side, they're sometimes less used to having those kinds of conversations,” Ward says.

From global to regional

Ward says that, going forward, the individual networks in the Investor Agenda “hope to translate those global policy recommendations down to a more regional and country basis.”

The IIGCC, which is based in Europe, will focus heavily on engaging with the EU's plans for an overarching Green Deal, Ward says. “We're zooming in on areas that are important to investors, like the proposed revisions to the EU Emissions Trading System, the work on sustainable finance, and the sectoral strategies for industries like steel, building and transport. We're hoping that we can work closely with the European Commission and companies within those sectors to drill down into specific sectoral pathways for what decarbonisation towards net-zero actually looks like from a policy point of view, but also an operations/business – and therefore investment – point of view as well.”

Ahead of COP26, Ward says the EU must demonstrate that rapid decarbonisation is not at odds with a prosperous economy. “We'll be working closely with the EU to try to support that,” she says, adding that COVID-19 means “taking into account how different policy instruments that support the Green Deal also help with recovery efforts over the medium to long term, once the short term priorities around keeping people safe have been addressed”.

Across the pond, Ceres is taking up the mantle in the US, says Spalding. A key time for the group is the annual Lawmaker Education and Advocacy Day (LEAD), where investors and companies go to Capitol Hill to engage senators and congresspeople on the need and opportunity to build a sustainable, low-carbon economy.

Comments from legislators suggest this kind of engagement can be effective, with two members of Congress writing last year: “They challenged Congress to heed their warning, accept the severity of the crisis, and take action to address the threat of a rapidly warming world. And they made clear: there is support in the business community for setting a national carbon price as a central component of any legislative strategy to address climate change.”

Of course, this year LEAD is going virtual in a series of calls and video conferences with Congressional offices on May 12 and 13, and will focus on rebuilding a strong US economy in the wake of the coronavirus pandemic. According to the group, “As Congress designs future economic recovery packages, they should fully leverage the job opportunities of zero-carbon and low-emitting industries while also establishing longer-term, market-wide mechanisms such as a price on carbon.”

“They’re thinking about how to keep the federal administration really focused on where assistance should be focused,” Spalding says. She adds that members of the Investor Network recognise that the systemic risks posed by climate change are in “heightened relief” at the moment. “We’re seeing what happens to markets when we don't plan for the future. So climate change cannot come off the agenda right now. It has to be the way that we rebuild.”

Zurich’s Köb says it’s important that the longer-term response to climate change doesn’t become collateral damage as COVID-19 demands the world's immediate attention. “The most important curve that needs to be flattened right now is infection rates of a pandemic.

But we also need to flatten the curve on greenhouse gas emissions. And, you know, probably there are some learnings we can take from one crisis to the next.”

“We'll see how quickly the economy rebounds, but there is a possibility that we might see ourselves in a phase where we need to focus on job creation and rebuilding, and knowing that we have to go into a climate neutral world, what we would really be asking policymakers once the immediate crisis is over is how those two priorities can be married. That’s something that we have very, very firmly on our radar and that we will keep asking for.”