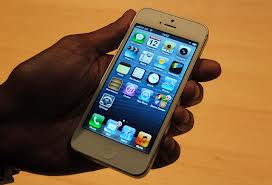 Boston-based Trillium, which has more than $1bn in assets under management, has withheld its backing for the whole eight-director slate at the February 27 AGM because of the iPhone maker’s lack of boardroom diversity.

Trillium’s Director of Shareholder Advocacy Jonas Kron told Responsible Investor: “Our proxy voting policy is to support nominees to the board of directors only if 20% of board are either women or persons of color; at least one woman AND one person of color.

“Since Apple’s board does not meet this standard, we vote against the nominees.”

Trillium argues that there needs to be significantly greater diversity on company boards for both financialand social reasons. It has tabled four shareholder proposals on the topic this year, at Zimmer, Superior Energy, Hartford Financial and Lowe’s, Kron added.

Meanwhile, Apple is resisting a proposal from shareholder John Harrington calling for it to set up a board committee on human rights, saying it would be “redundant”.

Harrington says the company has become embroiled in controversies over the human rights implications of its products and supply chains – as well as issues around conflict minerals in its products.

Apple is advising its shareholders to vote against the measure, as it is “committed to the highest standards of social responsibility and human rights wherever we do business”.

But the resolution has the backing of responsible investment groups such as Trillium, the AFSCME Employees Pension Plan, Christian Brothers Investment Services, Calvert Funds and Domini Social Funds. Apple proxy