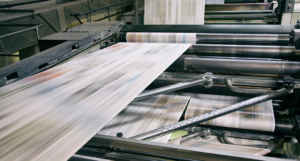 A $1.2trn investor coalition, led by Boston-based Trillium, has launched an initiative backing the right to unionise at the New York Times (NYT) after allegations the company has opposed unionisation efforts.

The investor group, which includes the largest US ESG fund manager Parnassus, New York City, Boston Common, Domini, NorthStar AM and PIRC, has warned the NYT that opposing unionisation “undermines both its ability to compete for talent and its stated commitments, and poses reputational, legal, and financial risks for investors”.

NYT tech workers, who are attempting to form the largest union with bargaining rights in the US, have complained of “a growing pattern of union-busting”, and yesterday, the Guardian reported that senior NYT executives used “aggressive tactics” to encourage employees to vote no at a ballot certifying the union later this month.

Now investors have raised the alarm after concluding that the NYT is “not operating in a neutral or good faith manner…but is instead seeking to weaken the union as much as possible”, according to a letter sent yesterday to NYT CEO Meredith Levien.

The NYT has moved to “aggressively limit the size and scope of the union and to delay a vote for months in order to conduct an ongoing series of anti-union meetings,” the group said. “We therefore urge the Company to cease and refrain from actions that may violate federal labour law, to respect the final outcome of the Times Tech Guild election without further delays.”

RI could not immediately reach NYT for comment, but in an email to the Guardian, a spokesperson for the New York Times wrote: “The Times Company has a long history of productive relationships with our unions. However, we do not believe a union would be best for the individuals or teams in the proposed tech and digital product unit, and could stifle innovation and collaboration.

“Also, a union among tech and digital workers would be an unproven experiment with lasting implications.”

Named Create Future Us (CFU), the investment network will champion the sustainable use of technology in business in areas such as data use, machine learning algorithms, robotics, future of work and bioethics.

Bess Joffe, Head of Responsible Investment for the Church Commissioners, said: "Over the next decade, the rise of artificial intelligence will impact our lives in ways that were once unimaginable, making digital responsibility paramount. This technology spans multiple sectors and is a stewardship priority for us."