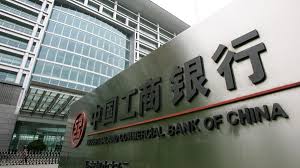 Trucost, the UK-based environmental data firm, is partnering with the giant Industrial and Commercial Bank of China (ICBC) to develop a China-specific “natural capital” risk model and tools for financial institutions.

Natural Capital is defined as the world’s stocks of natural assets which include geology, soil, air, water and all living things. ICBC is one of China’s ‘Big Four’ state-owned banks and is generally seen as the world’s largest in terms of total assets and market capitalization.

Supported by the China SPF Prosperity Fund from the UK’s Foreign & Commonwealth Office, the project will identify sectors and regions in China that are most exposed to natural capital risks.

The project – part of the Green Finance Committee’s plan to help the integration of natural capital risks – builds on the results from the Natural Capital at Risk: The Top 100 Externalities of Business research that Trucost conducted for the TEEB for Business Coalition in 2013.

It comes as China has demonstrated its ambition to green its rapidly developing financial and capitalmarkets, with actionable measures outlined in the report Establishing China’s Green Financial System, published by the People’s Bank of China (the central bank of China) and the UNEP Inquiry.

Trucost said pilot bank ICBC was interested in advancing its internal credit stress test methodology through this project, and that it is “now considering incorporating natural capital risk in its risk management framework”. “ICBC becomes the first Chinese bank to step up its effort in quantifying environmental risks and opportunities in financial terms,” it added.

In another development, the Natural Capital Coalition (NCC), the global platform with members from business, accountancy, consultancy, academia, policy and government, has released its draft Natural Capital Protocol Principles and Framework.

The coalition says Version 0 of the protocol, which is being developed by the World Business Council for Sustainable Development (WBCSD) will be shared with business engagement partners on October 5 and be released for consultation from November 23.

The coalition held an event in June in London where Pavan Sukhdev, the environmental economist known for his role in The Economics of Ecosystems and Biodiversity (TEEB) initiative, started the countdown to the launch of the Protocol in 2016.