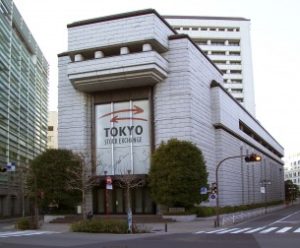 The Japanese government is moving ahead with further changes to encourage ‘sustainable growth’ via the investor oversight of Japanese companies after announcing that it will support the Tokyo Stock Exchange (TSE) in drafting a new Corporate Governance Code for Japanese listed companies to be published in time for the 2015 AGM season. The government says the code will support companies in making “timely entrepreneurial decisions with transparency and integrity and with due regards to the views of shareholders as well as customers, employees, local communities and other stakeholders,” although further details of the propose reforms have yet to be revealed. It said Japanese companies would have to comply with the new TSE listing requirements or explain why not. The new governance rules are part of the country’s developing Abenomics strategy – the economic policies advocated by Prime Minister Shinzō Abe – and have been published as part of ten key reforms in an updated document titled: “Japan Revitalization Strategy”. The government said the aim of the reforms was ‘sustainable growth in corporate value’ through improved company management and “strengthened fundamentals supported by financial institutions.”The government has also indicated that the TSE will look at how integrated sustainability/financial reporting could help to refocus businesses and investors on long-term value creation. The revised corporate governance rules follow a 2013 update to the Japanese Companies Act, which had already sought to promote the appointment of external directors and has already seen their number rise from 46% to 61% in the last year. They also accompany the introduction of Japan’s investor Stewardship Code earlier this year. The Code aims to promote medium- to long-term sustainable corporate returns based on seven principles to guide investors in their stewardship oversight of companies via shareholder voting and engagement. The Code was given a major boost in June when the $1.3 trillion Japanese Government Pension Investment Fund (GPIF) signed.
By the end of May, 127 institutional investors from Japan and abroad had adopted the Code, including 86 investment managers, 12 pension funds and 19 insurance companies.
The Japanese Financial Services Authority has published a list of signatories

RI Asia 2015: Tokyo, Japan
RI will be holding its annual RI Asia 2015 conference at the Tokyo Stock Exchange on April 21-22 2015. For further information, click on the link