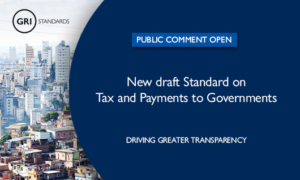 Two of the world’s largest public sector trades unions are campaigning to get pension funds to back enhanced reporting standards of tax revenues by their investee companies and push back against aggressive tax avoidance, which estimates show causes global revenue losses of $500bn per year to governments.
Public Services International, which represents 20 million workers via 700 unions in 163 countries and territories, and UNISON, the UK public sector union for 1.3 million employees, have written to some of the world’s biggest funds encouraging them to feedback on a new company tax reporting framework by the Global Reporting Initiative. They are calling on all pension funds to answer a GRI public comment document, which closes on 15 March.
The unions said letters had been sent to the eight UK Local Government Pension Schemes (LGPS) pools representing £259bn (€291bn) in assets as well as large Dutch pension schemes amongst others. They say that the unions’ own pension plans have responded to the consultation, as has the UK Local Authority Pension Fund Forum.The trades unions say institutional investors should support the new GRI standard to make better informed investment decisions based on the expectation for companies to comply with international tax reporting advances. They say that major tax initiatives such as the disclosure of Transfer Pricing Documentation and the implementation of Country-by-Country Reporting (CbCR) by large multinationals to tax authorities are core to the OECD’s Base Erosion and Profit Shifting (BEPS) Action Plan.
The OECD is progressing the implementation of the BEPS package by releasing peer review reports assessing countries’ efforts to implement minimum standards agreed under the OECD/G20 BEPS Project. Extractive companies in several jurisdictions and multinational banks in the EU are already required to provide forms of Transfer Pricing Documentation and public CbCR. An expert multi-stakeholder technical committee developed the new GRI draft standard on tax and payments to governments. GRI standards are used by over 4,000 organisations in over 90 countries and are often cited in non-financial disclosure legislation, such as the European Union’s (EU) Guidelines on non-financial reporting.