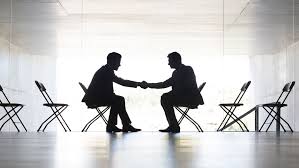 The UK and China governments have backed the Task Force on Climate-related Financial Disclosures amid what’s been heralded as a “golden era” of green finance links between the two countries.

They have agreed to pilot projects on companies’ environmental disclosures in a manner consistent with the TCFD’s recommendations in one of the key outcomes from the ninth UK-China Economic and Financial Dialogue in Beijing on December 16.

The two ‘primary partners in green finance’ welcomed the recent work of the China-UK Green Finance Taskforce, established by the City of London’s Green Finance Initiative – led by Sir Roger Gifford – and the Green Finance Committee of the China Society for Finance and Banking.

This Taskforce will lead discussions on green investment in China’s ambitious ‘Belt and Road’ infrastructure scheme and research measures to promote green asset securitisation in the two countries.

Notably, according to a joint communiqué, they will promote analysis to demonstrate a “positive correlation” between ESG and financial performance.

The counties also declared their support for the development of the UK-China Green Bonds market.

In a separate development, China SIF, the country’s social investment forum, held its fifth annual conference in the Chinese capital earlier this month.

It was hosted by domestic responsible investing consultancy SynTao Green Finance in partnership with UN Sustainable Stock Exchange initiative and the Principles for Responsible Investment.Ma Jun, former Chief Economist of the Research Bureau at the People’s Bank of China (PBOC), spoke at the conference outlining several ways green finance in the country can be improved, according to a release.

“Promote analysis to demonstrate a positive correlation between ESG and financial performance.”

Speaking as Chairman of the Green Finance Committee, he called on China to complete the mandatory environmental information disclosure mechanism for listed companies and promote the notion that green investment can improve long-term returns.

And he wanted long-term investors to take the lead in green investments and sought support for third-party assurers and rating agencies. He’d also like domestic institutional investors to disclose environmental information – and take up responsible investment.

RI was also told that keynote speaker Ma Xianfeng, Vice Director of the China Institute of Finance and Capital Markets, a think tank for China’s securities regulatory commission, spoke of the importance of translating ESG concepts into a Chinese framework.

The conference also saw the launch of the SynTaoGF-Caixin ESG 50 Index, an equity index incorporating the ESG performance of listed companies in mainland China.