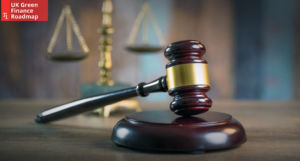 The UK Government is mulling whether providers of ESG data and ratings should be regulated by the Financial Conduct Authority (FCA) and will “set out further detail” by 2022, according to the UK’s Greening Finance roadmap published yesterday.

The move would address longstanding concerns over the transparency and comparability of such products, which are increasingly used to inform asset allocation decisions by investors, the government said. The methodologies used to produce ESG ratings “typically” contain more data gaps and assumptions compared to widely used credit ratings, it added.

The government also stressed the importance of ensuring “strong governance and management of conflicts of interests” are in place among providers.

The government’s conclusions are in line with that of EU financial regulator ESMA, or the European Securities and Markets Authority, which recently warned that the coexistence of ESG ratings with other business lines such as credit ratings, benchmark construction, consulting services or asset management, has resulted in a “fertile ground for potential conflicts of interest”.

“Even though ESG rating service provision is typically carried out in separate legal entities, commercial interests or regulatory requirements concerning other business activities may lead to conflicting priorities. The risk of ratings inflation from such potential conflicts of interest may contribute to a lack of comparability and trust,” ESMA said at the time.

The move by the UK follows a joint proposal by French and Dutch regulators calling for mandatory regulation of the ESG data and ratings sector by ESMA, which has itself requested a mandate to do so in a letter to the European Commission earlier this year.

The move by the UK follows a joint proposal by French and Dutch regulators calling for mandatory regulation of the ESG data and ratings sector by ESMA, which has itself requested a mandate to do so in a letter to the European Commission earlier this year.

The roadmap also outlined plans by the UK Government to consult on the potential introduction of mandatory labels for sustainability related investment products in the next couple of years.

This summer it was announced that the FCA and UK Treasury were collaborating on a labelling regime for sustainable investment products, which would allow consumers to “clearly compare the impacts and sustainability of their investments for the first time”.

As part of this work, it was revealed in the new roadmap that the FCA intends to publish a discussion paper next month and set up an “advisory forum” to support its efforts. A consultation on the discussion paper will be used to inform the “key design elements of the labels and classification”, the roadmap said.

The labelling system is expected to cover the “spectrum” of investment products and will classify them “objectively against specified sustainability criteria”. Those criteria will consider both products’ objectives, policies, and strategies, and how their investments are allocated, according to the government.

Information disclosed as part of the UK’s Sustainability Disclosure Requirements (SDR) will form the basis of the new ESG labels, the roadmap revealed. SDR was announced in July by the UK’s Chancellor, Rishi Sunak, as set of economy-wide sustainability reporting rules and further details were set out in the roadmap.

“There are big problems in the market around the consistency of labelling of different products. There’s a lot of flaws, a lot of confusion amongst consumers and even more sophisticated investors, so I think it’s something that will probably be welcomed”.

Separately, lawmakers have amended UK financial regulations to allow for the continued application of the EU’s Climate Benchmark and Disclosure regulations – one of the key elements of the EU’s Sustainable Finance Action Plan – as the UK exits the EU. The amended regulations maintain requirements for index providers to explain how ESG factors are reflected in their products and the implementation of two low-carbon benchmark regulatory categories – known as the EU Paris-aligned and EU Carbon Transition Benchmarks – which are required to shrink their carbon footprints by at least 7% every year.

The amended regulation will rename the two benchmark categories as the UK Paris-Aligned and UK Carbon Transition Benchmarks but keeps its underlying criteria and methodology.