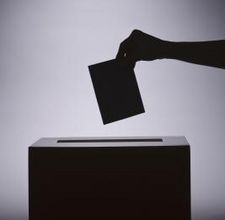 The UK government is mulling the idea of giving shareholders a binding vote on executive pay.

The idea is one of a series of proposals put forward in a new discussion paper on executive remuneration released by Business Secretary Vince Cable. It builds on the responses to last year’s A Long-term Focus for Corporate Britain consultation, which took evidence from the likes of Governance For Owners, the International Corporate Governance Network, the Local Authority Pension Fund Forum, PIRC, Railpen, UKSIF, Railpen, and the Universities Superannuation Scheme.

“A number of stakeholders have argued that the shareholder vote on pay should have binding effect, suggesting that this would give the vote more legitimacy, encourage shareholders to be more active and require companies to take the process more seriously,” the government said.

The government held roundtables with investors and companies ahead of the new initiative. Cable said in a speech to the ICGN last week that he had been meeting with remuneration committee chairs, investors, business leaders and regulators on the issue. “This is an informed discussion paper,” said Louise Rouse, Director of Engagement at campaign group Fair Pensions. She said a binding vote “would bring with it an implicit challenge to shareholders to call time on excessive remuneration”.

Investors in the UK have had an advisory vote on pay since 2002 although there are differing views about how effective it has been. While acknowledging concerns that a binding vote may not have the desired effect, the government said it has been successfully introduced in Norway, the Netherlands and Sweden and that it “warrants serious consideration”.

“It is hard to explain why shareholders can vote to cut top pay but the managers can ignore the vote,” Cablesaid. “And surely pay should be transparent; not hidden from shareholders, and the public.”

“Engaging shareholders and empowering them to take action on executive pay is critical,” the paper adds, though it acknowledges that pay may be a relatively unimportant issue for many investors – and that even the most engaged of them have limited resources devoted to scrutinising remuneration. This could throw the spotlight on voting advisory firms, as remuneration analysis can be quite technical.
CBI Director General John Cridland said it wasn’t the role of shareholders to “micro-manage companies day-to-day”. But he said shareholders had to be
more involved with the companies they invest in – and hold boards to account when necessary.

The government is also seeking views on whether anything can be learnt from the ‘Swedish model’ of governance where major shareholders sit on nomination committees.

Cable’s initiative follows on from his appointment of Professor John Kay to look at investor short-termism.

The consultation – which ends on November 25 – is also looking at the composition of company remuneration committees and asks if they should contain independent members from “outside the traditional corporate sphere”. The government is also consulting on how companies report to investors. It is seeking to make narrative reporting “simpler, clearer and more focused”.