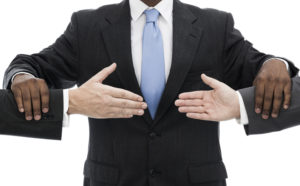 UK investors have until tomorrow, November 5, to respond to a public consultation detailing any difficulties they have faced in attempting to exercise voting rights on investments within pooled funds and thoughts as to potential remedies.

The public call for evidence is the first stage of a broader government-commissioned study into potential issues of concerns resulting from “intermediation” within the capital markets or the use of computerised record-keeping systems which allow the ownership of securities through a chain of intermediaries.

Aside from examining the impacts of “intermediation” on voting ability, the study is seeking views on a range of issues including the ability of investors to sue other parties beyond their immediate intermediary, how the insolvency of an intermediary might affect investors and how technology could further facilitate the exercise of ownership rights.

The 12-month project is being conducted by the Law Commission, an independent statutory body which provides recommendations for law reform to the Parliament, and was commissioned by UK government arm, the Department for Business, Energy and Industrial Strategy (BEIS).

However, the study will not issue formal recommendations upon the study’s conclusion, aiming to instead “inform public debate, develop a broad
understanding of potential options for reform and seek a consensus about issues”. A final report is due in autumn 2020. Investors who intend to contribute to this study may submit their responses here fact-finding effort comes on the heels of three-year impasse between UK pension fund trustees and asset managers who largely have refused to allow client-directed voting on shares held in pooled funds.

Despite a high-profile campaign by trustee body AMNT and the backing of UK Pensions Minister Guy Opperman – who has publicly welcomed the Law Commission review – the stand-off has continued.

Last month, the head of the Treasury select committee, a powerful parliamentary grouping which scrutinises government spending, formally requested the Financial Conduct Authority (FCA) to disclose any actions it has taken to address an earlier complaint by the AMNT on this issue.

According to a letter addressed to FCA Chief Executive Andrew Bailey, experts convened by the committee have concurred that the refusal of fund managers to execute fund voting policies amounted to “a market failure” which require “regulatory intervention”. Coincidentally, the FCA has until tomorrow, November 5, to respond.

The Law Commission has been influential in shaping regulatory expectations around ESG and other non-financial factors. In October, the UK government introduced new regulations requiring pension funds to publicly disclose their approach to ESG factors, including climate change.

This was a direct response to the recommendations of an earlier 2017 review by the Commission into the extent that social issues can be considered when making investment decisions.