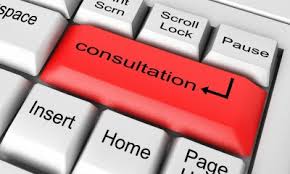 The UK government’s pensions ministry has launched a consultation about how best to incorporate revised thinking on fiduciary duty, non-financial issues and stewardship into investment regulations.

The Department for Work & Pensions (DWP) is seeking views from the industry on the recommendations made by the Law Commission in its Fiduciary Duties of Investment Intermediaries report that was published in July last year.

The recommendations cover two main themes: the difference between financial and non-financial factors when taking decisions about investments and the role that a ‘stewardship’ approach can play when in investment decisions.

The consultation asks how regulation 2(3)(b) of the Occupational Pension Schemes (Investment) regulations could be amended so that it “more clearly reflects the distinction between financial and non-financial factors?”
It also asks respondents if they agree that amending the regulations to require trustees to comply with thecurrent requirements of the Stewardship Code or explain why not is the most “appropriate way” to implement the Law Commission’s recommendation.

The consultation lasts until April 24 and the DWP says intends to publish a government response later in 2015. Any changes to secondary legislation are expected to be made in 2016.

Separately, the UK authorities are also looking at another aspect highlighted by the Kay Review into market short-termism: the investment chain.

The DWP and the Financial Conduct Authority regulator have published a joint call for evidence on the disclosure of transaction cost information for workplace pension schemes. Pensions Minister Steve Webb said: “There is a fear that the dark corners of the investment and pensions industry hold some nasty surprises. We have a duty to throw light for the first time on potential hidden charges – and restore faith and fairness in British pensions.”