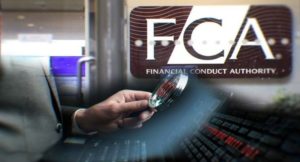 It said respondents to a consultation on green finance saw the risk of greenwashing as a “material concern”. But they acknowledged that the various ongoing regulatory and industry initiatives on disclosures and standards, including the work on the EU taxonomy, could help to lower this barrier.

But greenwashing “could undermine confidence in the green finance sector” leading to “unsatisfied demand, reduced participation and competition and insufficient investment” in the low-carbon transition.

The FCA said it has done some “initial diagnostic work on firms’ sustainable product offerings” with early indications that the ‘sustainable’ label is applied to a very wide range of products.

“On the face of it,” the FCA said, “some of these do not appear to have materially different exposures to products that do not have such a label.”

So it will challenge firms where it sees potential greenwashing and take “appropriate action to prevent consumers being misled”.

It acknowledges that it is not always clear what firms or consumers mean by, or expect from, ‘green products’.

The comments come in a statement setting out its proposals to improve climate change disclosures by issuers (companies) and information to consumers on green financial products and services. It follows a discussion paper released almost exactly a year ago and which had 73 responses.

It will publish a consultation paper proposing new disclosure rules for certain issuers aligned with the recommendations of the Task Force on Climate-related Financial Disclosures (TCFD) on a ‘comply or explain’ basis.The FCA notes that if the climate change transition is “poorly managed or ineffective” it could hit the market for financial services and the users of these services. “This impact is likely to be particularly acute for longer term investments, such as pension funds.”

FCA Chief Executive Andrew Bailey said the regulator has “an important role to play in creating an environment where firms can manage the risks from moving to a greener economy and capture the opportunities to benefit consumers”.

Letter to the FCA from Treasury Committee

Meanwhile the FCA has been sent a letter from the Treasury Committee at the House of Commons on the Red Lines Voting initiative of the Association of Member Nominated Trustees (AMNT). Interim Committee Chair Catherine McKinnell, an opposition Labour MP, asked Bailey what action the FCA has taken on Red Lines following a complaint by the AMNT in May. The initiative aimed to provide greater direction from pension funds to asset managers on voting on ESG issues at companies but had limited take-up.

McKinnell asked whether the FCA intended to investigate “the alleged failure of the fund management industry to allow pension scheme trustees to operate a stewardship policy governing the environmental, social and governance (‘ESG’) of the companies in which they invest via fund managers, particularly in pooled funds? Please provide details”.

Her final question to Bailey shows how close the opposition is to the ruling Conservatives on these issues, after Pensions Minister Guy Opperman branded fund managers as “zombies”.

McKinnell wrote: “Do you think it is possible for pension schemes to develop robust ESG policies and take savers’ views into account, if fund managers choose not to act on the stewardship policies of their clients?”

She has given Bailey until November 5 to respond; the FCA did not comment on the letter to Responsible Investor.