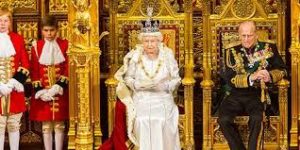 A new bill to help charities make social investments has been announced by the UK government, in a move which could help unlock some of the estimated £66.2bn (€93.2bn) in charity investment assets for the burgeoning social investment market.

The announcement came in the Queen’s Speech marking the state opening of Parliament which sets out the government’s agenda for the coming session. Among the announcements was that a Charities (Protection and Social Investment) Bill would be put before parliament.

Included in the bill is a statutory power allowing charities to make investments that generate both a social and a financial return.

It comes after a government-sponsored review of charity law by Lord Hodgson, the finance sector veteran who chairs buyout firm Nova Capital.

During the review, specialist charity law firm Bates Wells Braithwaite (BWB) urged Hodgson to look at an explicit power for charities to do social investment as charities were not confident about making their own decisions.

Hodgson took the recommendation to government, who asked the Law Commission, the body that reviews UK law, whether such statutory power of social investment was possible.

The Law Commission found that while charities are generally permitted to make social investment, there is some uncertainty among trustees about the subject.

It recommended that when exercising the new statutory power to make social investments, charity trustees should not be required to comply with investment duties under the Trustee Act 2000, such as reviewing investments periodically and obtaining advice.

This new statutory power for charities to make social investment has now been included in proposed new legislation.Speaking to RI, Luke Fletcher, a partner at BWB who first proposed the statutory power in a report ‘Ten Reforms to grow the Social Investment Market’, said it was likely that the legislation would go through without opposition: “This is a non-contentious aspect of the bill which has already gone through consultation and been scrutinized by a joint Parliamentary committee.”

He said the new power would ignite different conversations around charity board tables on social investment.

“It won’t be conversations about ‘can we do it?’ but ‘how far can we go?’ ‘Is it the best way to use assets or advance our objectives?’ We’re likely to see more charities experimenting and having a go,” he said.

“It’s an incremental change. Charities won’t rush into it but over the medium to long term horizon it will be part of a culture change of trustees looking at impact investment.”

He added that the proposed legislation was part of an agenda to develop the UK as a hub of social investment.

William Shawcross, chair of the Charity Commission that regulates the charity sector, welcomed the news. He said: “This bill is good news for charities wanting to make social investments. I recommend this Bill to parliamentarians.”