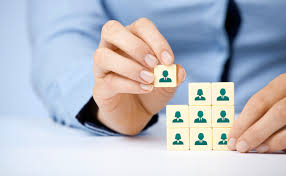 The UK’s Investment Association is interested in leading the development of a social impact investment label, according to Allianz Global Investors Vice Chair, Elizabeth Corley, who has been leading a review of the industry.
Last year, the UK Treasury created an advisory group, chaired by Corley, to look at how to create a culture of social impact investment and savings across the country. The group includes a long list of mainstream investors and specialised social investors including Social Finance, Big Issue Invest, Blackrock, the Investment Association and the National Employment Savings Trust.
The group has released its findings in a report titled Growing A Culture of Social Impact Investing in the UK. It makes 53 recommendations including building capacity within regulatory bodies; developing better reporting of non-financial outcomes; and co-investment from government – with it potentially taking a first loss position.
The report also says the UK’s Investment Association, which was a member of the advisory group, should lead the development of an investor-facing social impact investment label. The label should be market-led, the report says, and should take into consideration the work of the World Benchmarking Alliance – a high-profile set of publicly-available league tables, scoring companies against their peers on their responses to major sustainability issues measured against a number of internationally agreed performance indicators as well as their contribution to the UN Sustainable Development Goals (SDGs).
An Investment Association spokesperson said: “We look forward to working with our members to deliver the report’s recommendations which will boost the UK’s social impact investing market.”
Speaking to RI, Corley said that the Investment Association was interested in leading work on a label and that the advisory group has mapped out a plan for this over the short-, medium- and long-term.“There was a strong desire from a small part of our work group to see a kitemark come out on day one,” said Corley. “The wider work group disagreed, as this is an area which is still growing, evolving and innovating. If we kitemark too early there is a risk we close things down which are going to be vital to the success of the industry.”
The advisory group say the first stage towards a social impact investment label would be a principles-based framework to promote transparency for products that could include mission, objectives and intended impacts, and methodologies for impact reporting and disclosure. Later stages would include the development of a protocol for assessing and rating social impact investments for the individual investor.
It comes amidst a wider trend towards labels and taxonomies for the sustainability sector, most recently the European Union’s High Level Expert Group on Sustainable Finance that is expected to recommend the development of EU green bond standards and labels in its final report.
Other expected take-ups from the recommendations on social impact investment are those directed at the UK regulator, the Financial Reporting Council. It has today welcomed the report and announced it will shortly consult on changes to the UK Corporate Governance Code and the UK Stewardship Code around purpose, wider stakeholders and social impact.
The UK government has also welcomed the report. Stephen Barclay, Economic Secretary to the Treasury, said: “The market has enormous potential, but we need to make it easier for people to make a social impact investment. Today’s recommendations will make this possible.”