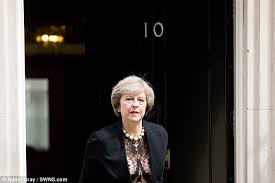 The UK government has today (October 11) announced a new Inclusive Economy Unit that will develop policy on social investment and responsible business.

It comes days after Prime Minister Theresa May vowed to make capitalism operate more fairly for workers at the annual conference of her ruling Conservative party. She repeated plans to shake up corporate governance in UK boardrooms by putting workers and consumer representatives on boards, introducing annual binding pay votes and making companies publish pay ratios.

And in what looks like May’s first concrete initiative in reforming capitalism, the government has announced a new unit focused on “harnessing the power of private investment and business for the advantage of everyone”.

The Inclusive Economy Unit will be based in the Office for Civil Society in the Department for Culture, Media and Sport under the leadership of Rob Wilson, Minister for Civil Society and Karen Bradley, Secretary of State. It will work in partnership across government.

The new unit will build on the existing Social Investment and Finance Team in the Office for Civil Society by strengthening the social investment market and social impact bonds, expanding public service mutuals, and supporting mission-led business.

The government is currently undertaking a review, which started under former Prime Minister David Cameron, looking at how to catalyse mission-led businesses, chaired by Nigel Wilson, CEO of insurance and asset management giant Legal & General.The review has the ambitious aim of doubling the size of the mission-led business sector in the UK over the next decade. However, it has drawn concern from the UK’s largest social enterprise body, Social Enterprise UK, which has said there is a risk that a government-backed ”mission-led business” agenda is perceived as a threat to or criticism of regulated social sector organisational forms, rather than as an alternative within a plural economy, which seeks to encourage more businesses to commit to a positive social impact.

The review, which is due to report soon, includes representatives from sustainable and impact venture firm Bridges Ventures and consulting firm McKinsey & Company.

Commenting on the new Inclusive Economy Unit, Rob Wilson, Minister for Civil Society said: “A strong civil society works best when all parts of the economy and of society are being used to their full potential.”

The move was welcomed by Sir Jeremy Heywood, Britian’s top civil servant. Writing in a blog today he supported the further expansion of social investment saying it has huge potential to further grow responsible business and social enterprise.

He said: “The unit will work with the private sector to increase the flows of social investment and private capital to social causes.”