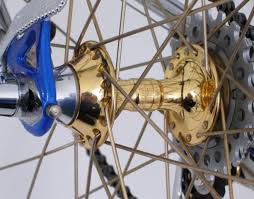 The UK government has unveiled a strategy to make the UK a “global hub” for social investment, including plans to put the country in a prime position to attract social investment from overseas investors like pension funds; and overhauling domestic regulation and working with fund managers to make it easier for UK institutional investors to enter the social investment market.

Two documents have been released, one focuses on social investment in the UK, while the other speaks about the international sphere.

The domestic strategy document says the UK is “widely recognised as the most advanced social investment market in the world” and outlines a strategy for its development over the next five years.

It says as a “market steward”, it will look to remove legal and other barriers to social investment.

Its plans include partnering with a UK university to establish a centre of research and accelerating the growth of the social impact bond market. Further, over the next 12 months, it will aim for at least two-thirds of central government departments to develop new models using social investment.

Luke Fletcher, a partner at law firm Bates Well Braithwaite, who has helped develop much social investment policy and regulation in the UK, welcomed the move.He said the commitment was welcome in the light of recent government proposals which he said would “limit the ability of local authority pension funds to operate exclusions for campaigning reasons” and the potential confusion that this might create where the funds wish to operate exclusions for ethical or financial risk reasons.

The UK government is currently, controversially, seeking to introduce regulation to clarify that local government pension schemes should not pursue their own divestments, boycotts or sanctions – amid a push to create giant pooled funds out of the country’s 89 local authority pension funds. The opposition Labour party has raised concerns about this.

The international strategy, called Social Investment: The UK as a Global Hub, has been written by the Cabinet Office, the British Council, UK Trade & Investment, the Foreign & Commonwealth Office and the Department for International Development.

It says the UK is in a prime position to capitalise on the opportunity of the growing international social investment market that was worth $30bn assets under management in 2015 according to data.

The UK will focus on ten key markets where it believes are the biggest opportunities for the UK – US, Canada, Mexico, China, South Korea, India, Bangladesh, Australia, New Zealand and France. Rob Wilson, the Minister for Civil Society, said: “The time for social investment has arrived and it’s here to stay.”

It comes as the UK’s Financial Conduct Authority (FCA), the financial industry regulator, closes its consultation this week on regulatory barriers to social investment.