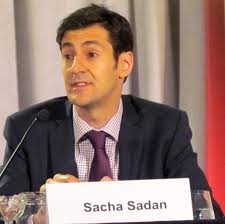 It’s emerged that Sacha Sadan, Director of Corporate Governance at Legal & General Investment Management, the fund giant with £433bn (€524bn) in assets under management, will head up the implementation of the new UK Investor Forum initiative that was requested by the government-backed Kay Review.

Sadan’s team will establish the forum’s governance structures, appoint individuals to roles and identify other requirements to ensure the forum becomes operational by June next year. He will deliver a status update report by the end of March.

LGIM has been getting increasingly involved in corporate governance: last month Sadan said it could be “a voice of sanity” in an increasingly complex business environment.

The overriding idea of the forum – unveiled today by the ‘Collective Engagement Working Group’ – is to “promote shared commitment to long-term strategies and sustainable wealth creation among asset owners, asset managers and companies”.

To this end, it’s proposed that the voluntary forum will operate ‘Engagement Action Groups’, open to UK and overseas investors, to address issues of concern at major UK listed companies, although “routine” pay issues won’t be one of them.

The group, chaired by chaired by Baillie Gifford partner and Kay Review panelist James Anderson, recommends the forum have a part-time, two-member secretariat, with funding for at least two years from investors and trade associations. Over time it will have to become “self-financing”.

A key recommendation is for major listed companies to hold an annual strategy meeting for institutional investors, outside the results cycle, to focus on long-term strategy.

Anderson said: “We must be consistently engaged rather than occasionally outraged or so often apathetic.”

It’s all part of a push by government to improve engagement by investors with companies after the financial crisis.An investor ‘forum’ has existed in one form or another since at least the mid-1970s with varying degrees of success and designations. Most recently, in 2011, the trade body-backed Institutional Shareholders Committee morphed into what is now the Institutional Investor Committee.

The government accepts there are challenges in designing a forum to attract a “critical mass” of investors. In October it said that if no workable structure emerges from the working group, it would “convene” investors early next year to thrash out the problems.

The government’s Business Secretary Vince Cable welcomed the forum announcement but said he wanted to see “immediate and concrete action” to make it a reality.

Daniel Godfrey, chief executive of the Investment Management Association, the funds industry body which is the driving force behind the working group, said he hoped the forum would be the “catalyst” that enhances investor stewardship.

The forum has the backing of fellow industry bodies the National Association of Pension Funds (NAPF) and the Association of British Insurers (ABI). But they are will continue with their respective Stewardship Framework and Investor Exchange projects.

The working group – whose members include asset owner representatives such as Claudia Kruse of APG, Michelle McGregor-Smith of British Airways Pensions and Richard McIndoe of Strathclyde Pension Fund alongside leading asset management firms – admits there are a variety of existing methods for engagement, such as the Local Authority Pension Fund Forum, although it doesn’t mention the Principles for Responsible Investment’s online Clearinghouse system.

“The forum should be complementary to existing individual and collective engagement mechanisms and be a point of contact when these are not sufficient,” the report states.

The forum would be overseen by a board consisting of a core group of committed, long-term institutional investors, with “significant representation” from asset owners.

The report calls on asset owners, and their investment consultants, to take “more of a long-term holistic view” when reviewing their asset managers.