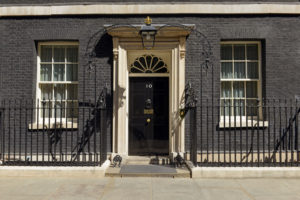 A series of asset owners, investor networks and financial firms have written to prime minister Liz Truss warning of the costs that delays to the UK’s net-zero targets or abrupt policy changes will bring.

In two letters – co-ordinated and sent independently – signatories call for support for the energy transition and energy efficiency measures, adding that the growth of clean energy will help the UK achieve energy security.

In the first letter, the CEOs of the PRI, IIGCC and UKSIF, supported by eight investors including Federated Hermes, the BT Pension Scheme and Brunel, called on Truss to provide clarity to investors “on the near-term policy actions and milestones that will create the right enabling environment to support the ongoing and positive transformation of the UK economy”.

The letter warns that the costs of failing to take action on climate in the next decade will be substantial, and the costs of inaction brought about by delays or policy changes will be “profound and far higher than if the UK stays the course on net zero”.

Investors need supportive, stable and clear policies from the government to help deliver net zero, the letter adds. It concludes by calling on Truss to set out a clear delivery plan for the real economy and financial services transition, and to “seize the opportunity” to ensure that the benefits of the net-zero transition are realised.

The new prime minister was also sent a second letter, signed by CEOs and senior figures at financial firms including the UK heads of BNP Paribas, Zurich Insurance and the CEO of Legal and General, as well as corporate chiefs including the head of Nestle and Siemens’ UK and Ireland operations. The CEOs of Aviva and savings provider Phoenix Group signed both.

The second letter, co-ordinated by the University of Cambridge Institute for Sustainability Leadership, also calls on Truss to set out a robust plan for net-zero delivery, but mentions the need for nature protection. Restoring nature through a comprehensive environmental improvement plan, it says, will help build the country’s resilience through protecting food security and mitigating climate damage.

The Truss administration, which took office at the start of the month, has sent mixed signals on climate. While the new prime minister has publicly backed the net-zero pledge, she has pledged to lift a ban on fracking and offer new oil and gas licences. BNY Mellon Investment Management warned that her appointment “does not bode well in the near term” for the UK’s sustainability agenda” and that climate may slip down the agenda.